The Most Ephemeral Ephemera, Flash Products.

Magic tricks come in all sorts of forms, some are manufactured to be treasured and collected, others are purely practical and some are consumable. I've always enjoyed the interesting packaging that contains tricks and some of the harder packaging to find are those for flash products. The nature of flash string, wool and paper is that once it's burnt it's gone so the packaging would rarely be kept. 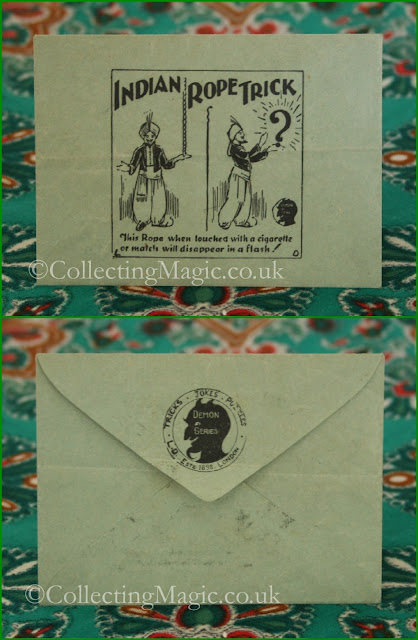 This small envelope, a little bigger than a playing card, was produced to hold flash string from Davenports. The company have imaginatively called the string the Indian Rope Trick and designed striking graphics to advertise an item with no actual connection to the mythical Indian trick. This envelope is probably from the late 1920s or the 1930s. Its survival is thanks to being used as a bookmark. 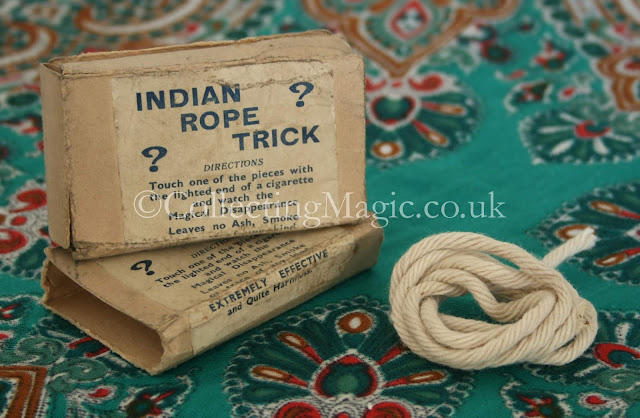 The title of the Indian Rope Trick was also used for these small boxes used to sell flash string. It's not clear who manufactured these but they seem to have been made in the 1950s. They carry no makers name or logo. 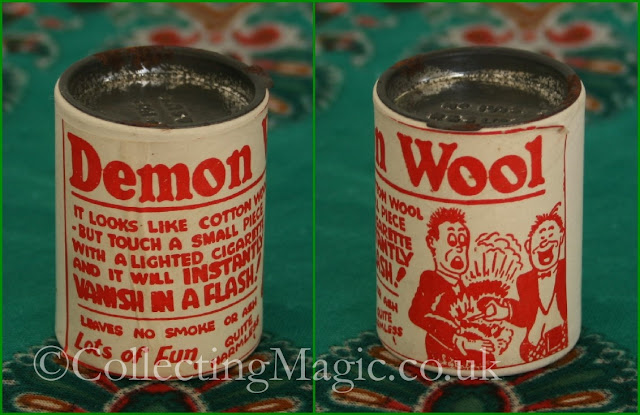 This small pot was sold in the 1950s or 1960s and contains flash wool. I saw one of these in The Davenport Collection and was quite taken with how unusual the packaging was. Despite the use of the word Demon it seems this was not manufactured by Davenports. 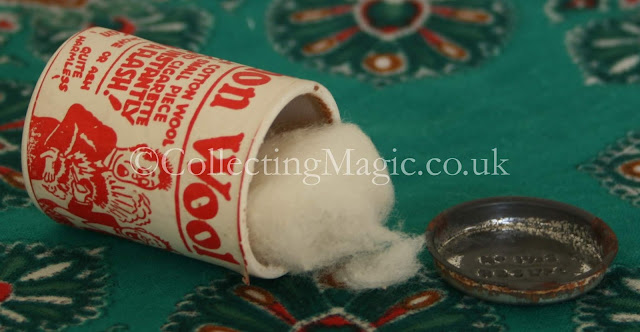 It's interesting to see the small quantities flash products were sold in all three of these examples. Perhaps this is because they were aimed towards the school child or amateur market and the exciting and humorous graphics on the packaging seem to support that. I imagine shops would sell much larger quantities to professional magicians and these would probably have been packaged quite plainly.
Posted by Philip David Treece at 07:00
Labels: Cigarettes, Danger, Davenports, Ephemera, Jokes, Packaging, What am I?
Newer Posts Older Posts Home
Subscribe to: Posts (Atom)