Here's a very small magic set, certainly the smallest in my collection. Its twenty tricks fit into a standard sized match box branded "Masters' Army and Navy Safety Matches". The other side and the striking surfaces read "20 TRICKS" and "ENTERTAIN YOUR FRIENDS". 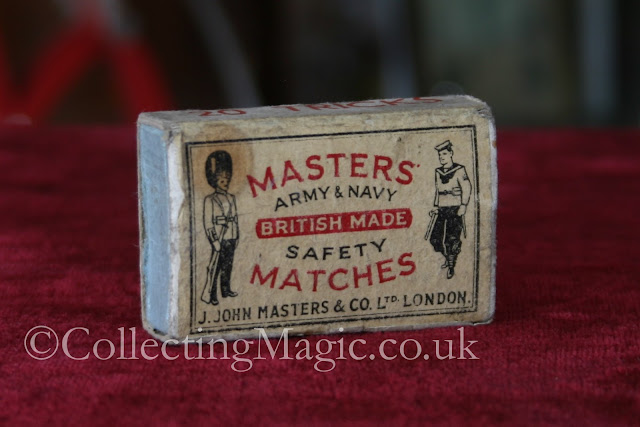 When the inner drawer is removed we can see it jammed full of small bits of apparatus with which a range of magic tricks can be performed. 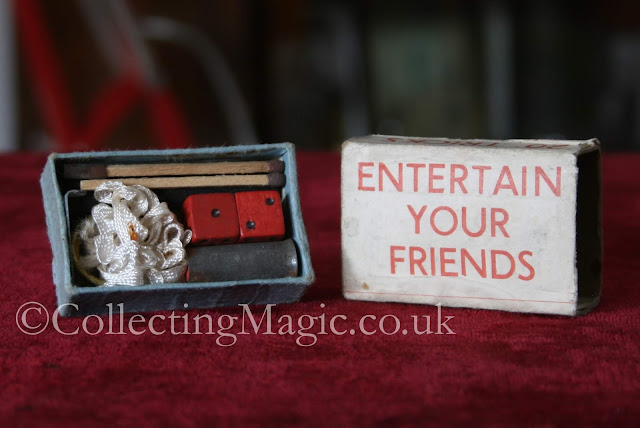 Squeezed in are a few small rings and a length of ribbon, two dice, two match sticks with a small piece of rubber tube, some mini playing cards including a double back and double front, two wooden pegs, a metal gimmick for levitating two glasses and a length of metal tube. 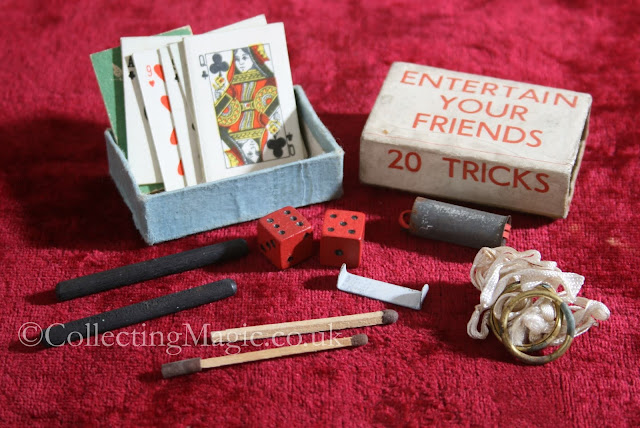 Sadly there are no instructions with this set, and I have no idea who manufactured it. It's clearly from the latter part of the 20th Century and British. Most of the props are self explanatory, though I'm unsure what the metal tube is for. It could be for the trick where you hold the tube on a borrowed handkerchief and push a lit cigarette into the tube extinguishing it against the handkerchief without causing it any damage.

Since writing this I was kindly contacted by Alex Melven who informed me that these were assembled and sold by the noted stage magician Edward Victor.

Alex pointed me towards Rae Hammond's book "The Magic of Edward Victor's Hands" where the instructions for this set are reprinted along with other matchbox magic sets Victor made and sold in the 1950s. 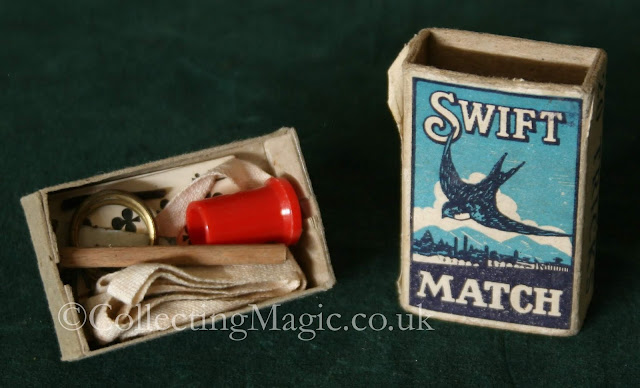 I also found another example of this set recently made with a "Swift" brand matchbox. The contents is similar with the exception of the cigarette tube which was made of plastic rather than metal.
Posted by Philip David Treece at 09:00
Labels: Magic Set, Novelty, Packaging, Updated
Newer Post Older Post Home