Eric P. Wilson and His Snowman.

As it's that time of year I thought I'd pick out a trick made specially for Christmas. To begin let's look at who invented it. 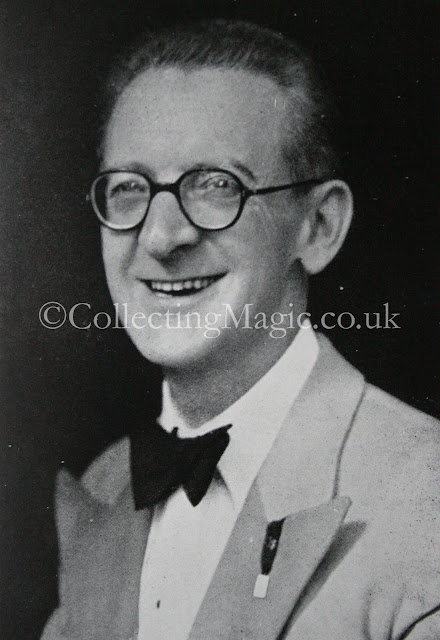 Eric P. Wilson was a magician active from the 1920s (or earlier) who died in 1963. There is very little written about him, most of my knowledge comes from his books and adverts for his inventions. His main contributions to the magic world came in the form of effects for children's parties with three of his four books being of this genre. Below are two of his most popular magic books. 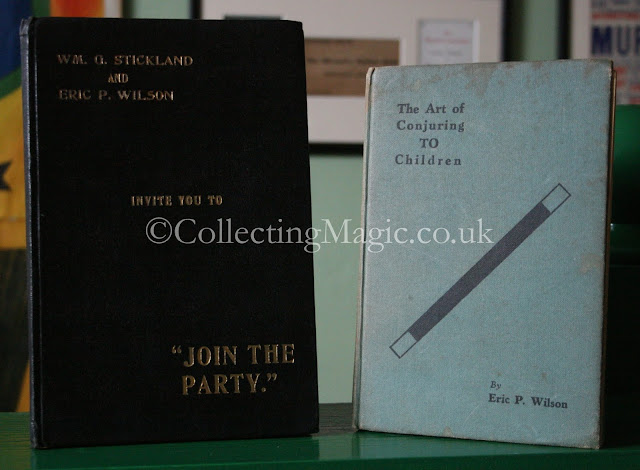 There's some debate over whether or not he invented the Square Circle illusion. Davenports sold his version under the name Wunda Villa and it climaxed with the production of a doll taller than the central tube itself (the doll produced was a "golly" toy, now rightly considered offensive). It seems today that Louis S. Histed was most likely the inventor of this effect, though, as it uses the black-art principle, it could be argued no particular person can be given whole credit for the effect. Here's the  full page advert Davenports used to sell Wilson's effect. 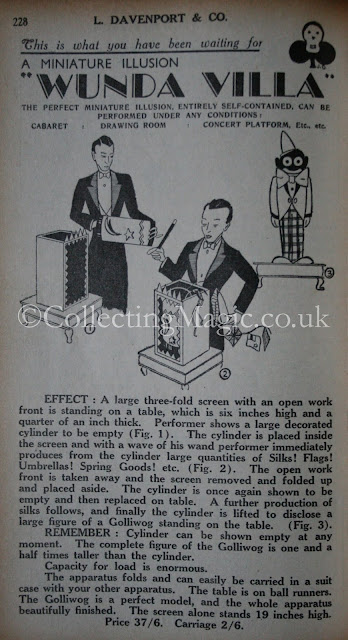 Wunda Villas are very hard to come by now, but these snowmen are seen more often. This might be because you could buy four of these snowmen for the price of a Wunda Villa and still have change in the 1930s. The effect was perfect for children's shows and was marketed for many years. 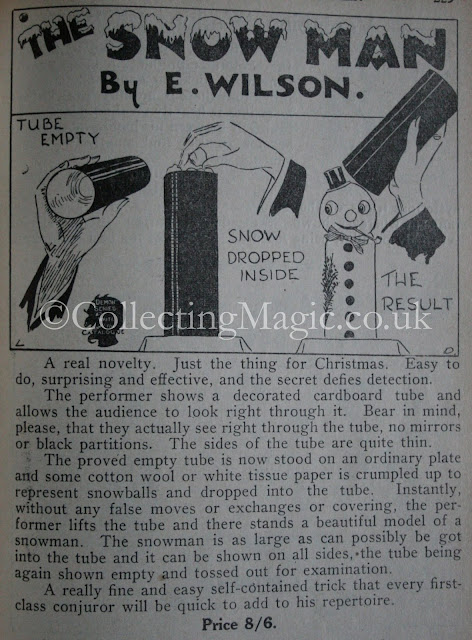 It's a simple trick based on the ghost tube principle. The apparatus can even be used as a plain ghost tube leaving out the final snowman production, ideal for the rest of the year. 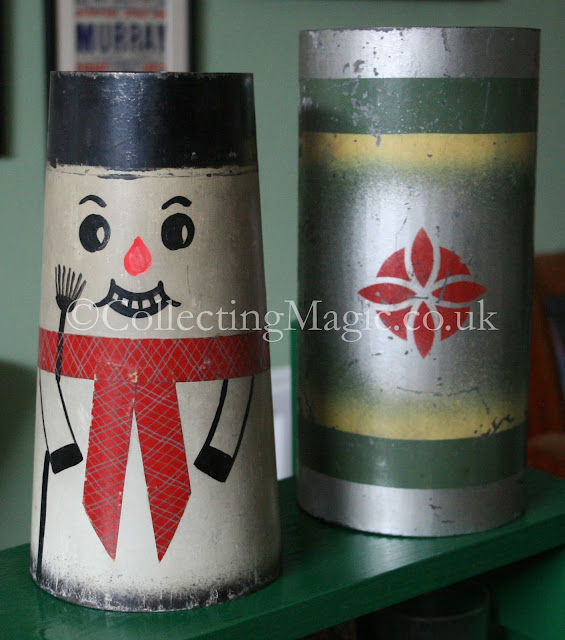 I'm not aware of this trick being used much since. The secret is maybe a little too simple for general use. It could be that revealing the snowman can give away the secret of the ghost tube to the eye of an observant viewer. It was designed for children's shows though and judging from its popularity must have been effective for that audience.
Posted by Philip David Treece at 07:00
Labels: Advert, Book, Davenports, Metal, Profile, Stage
Newer Post Older Post Home