Pots for Poultry, Some Dove and Rarebit Pans.

Few tricks have had the staying power of the humble dove pan. It first became popular in the late 19th century, though the inventor has been forgotten in time. Most early versions were made in tin, as were many normal cooking pans at the time. 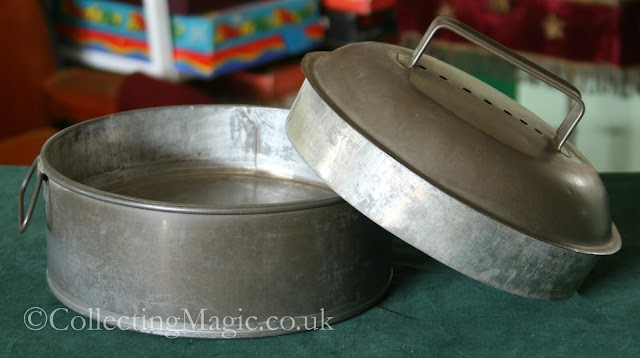 This large example would be able to hold three or four doves and has air holes under the handle. The original routine would generally begin with some eggs being broken into the pan, followed by some magic liquid (lighter fuel) which would be lit. The lid would then be placed on to extinguish the flames before being lifted to show the eggs had changed to an animal or animals.

More showy pans were made of polished copper, brass, chromed steel and later aluminium. Below is a chromed Davenports model named the Goldston Dove Pan. 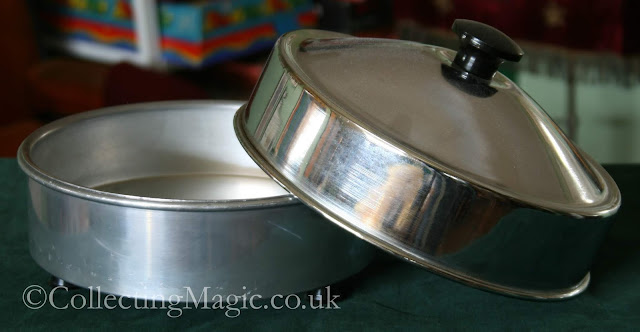 Before the recent increase in imported spun metal tricks from India, Canada's Morissey Magic had the market share in dove pans. Here is one of their larger aluminium models, a duck pan. 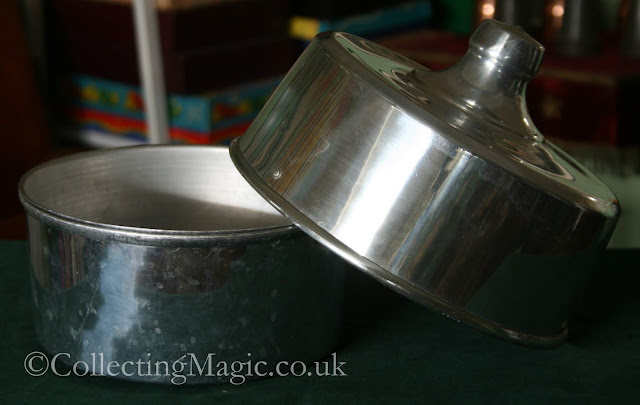 The dove pan is most commonly used with a slightly different routine today, more suited to children's entertainers. The ingredients for a cake are put in the pan, set alight and a birthday cake produced for the birthday boy or girl.

A similar effect, the Welsh rarebit pan, was also hugely popular from the late nineteenth century into the twentieth, but is rarely seen today. Below is a tin example sold by Blands in the 1880s. 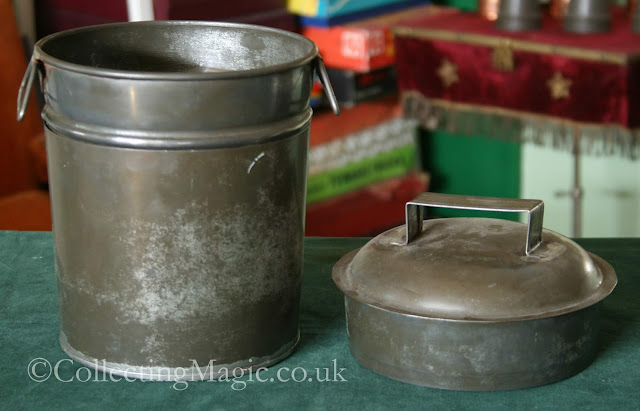 The original plot of the trick began with the borrowing of a hat. The pan is shown empty and the ingredients for Welsh rarebit (for foreign readers, this is a type of cheese sauce on toast from Wales) placed within. A fire is then lit in the audience member's hat and the now lidded pan held over it to cook the contents. The magician proclaims that the contents will have cooked into a nice slice of rarebit but upon removing the lid a live rabbit is found within instead. The hat is then shown to be unharmed by the flames and returned to its relieved owner. 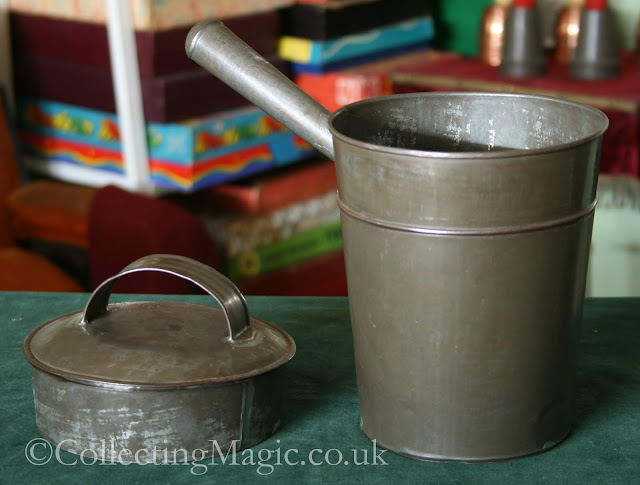 Here's a later, English-made, version from the the early twentieth century. This looks more like a normal pan with its single handle. Sadly this effect went the same way as as the omelette pan in this post, as hats fell out of fashion it became difficult to borrow a suitable high sided hat from the audience.

The dove pan lives on though, having moved from the grand stage shows of  Leroy, Talma and Bosco to the repertoires of children's entertainers across the globe.
Posted by Philip David Treece at 07:00
Labels: 1800's, Blands, Davenports, Metal, Morissey
Newer Post Older Post Home