In the first years of the twentieth century public interest in magic was at its height. Most people would see live magic regularly and exposure of secrets was a major fear for professional magicians. David Devant was famously suspended from the Magic Circle in 1909 for publishing secrets in a magazine aimed at the general public. 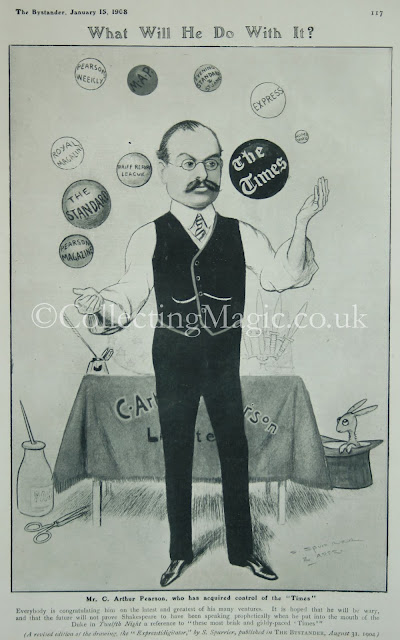 C. Arthur Pearson, Ltd. (founded by Cyril Arthur Pearson, above) published a range of cheap books alongside magazines and newspapers such as the Daily Express. Their biggest book topic seems to have been the "Amusements for the Home" series which was mostly made up of magic books. Below are a selection of magic books published  by them between 1913 to 1925. 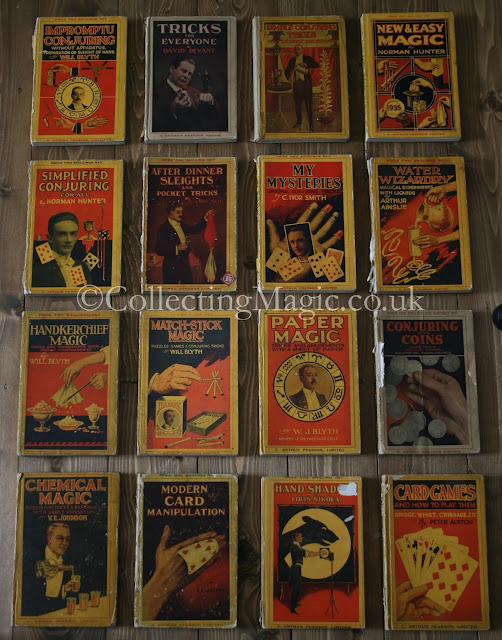 These sent a bit of a ripple through the magic community as they were priced very low and advertised widely to the general public. Some magicians felt this was not normal magic book publishing, but exposure, with customers merely buying books out of curiosity. It didn't start with C. Arthur Pearson, Ltd., surprisingly it seems to have been a more obscure publisher, S. H. Bousfield who got the ball rolling. David Devant's first magic book, Magic Made Easy, was published by them in 1903. 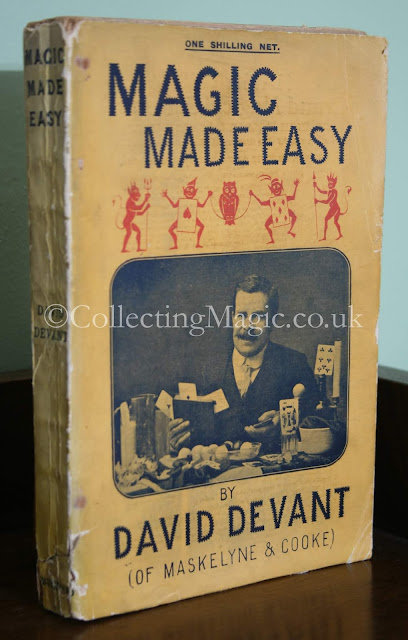 Although there were cheap magic books printed long before this one, there's an argument to be made that this paved the way for Pearson's range. The colour scheme, size, pricing, cheap binding and photographic cover all appear in Pearson's magic books. Pearsons even bought the rights to this book and published it in their series. I've struggled, and failed, to find information on S. H. Bousfield, it's possible they were already connected to C. Arthur Pearson, Ltd in 1903.

Pearson's books were well illustrated, with striking colour covers and sold well for over thirty years. As mentioned, some magicians felt they were too cheap and this put them in reach of the general public. As such they gained the nickname "Yellow Perils", reusing a racist phrase used previously to represent fear of the East. It's true some books were aimed at the beginner market, but most were original creations of the authors and would offer only interest to someone already versed in magic methods and writing.

This exposure fear lead the Magic Circle, and other magic societies, to introduce a minimum pricing rule, whereby members who sold magic books under a set price could face suspension or expulsion. It seems wildly anachronistic now, rewarding wealthier laypeople with access to magic books and penalising genuinely interested poorer people. Thankfully magic societies now understand that restricting access to books isn't positive for the art. Regardless, a real magic book would be a very hard trudge for someone with only superficial curiosity to hold their attention.

Pearsons did publish a few magic books in better binding. Below is a small hardback, very similar to later Yellow Perils but properly hardbound, The Drawing Room Entertainer. To the right is Pearson's major magic publication C. Lang Neil's The Modern Conjurer. 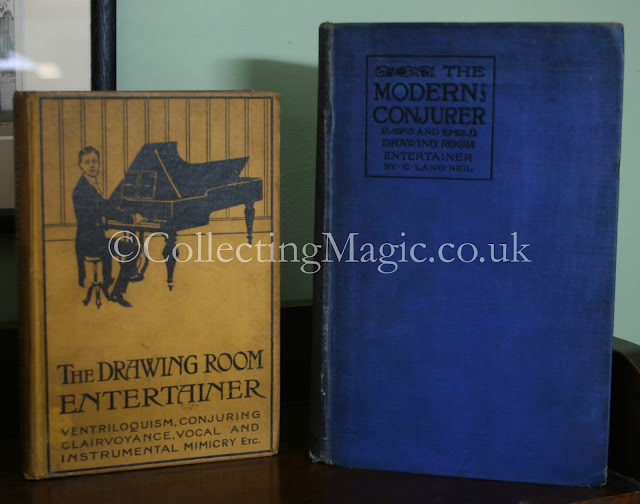 This large format, photographically illustrated, book brings together sections from other Pearson publications, including bits from their magazines. It is well known for including a series of pictures of J. N. Maskelyne plate spinning, below is a video made by John Helvin showing Maskelyne in action.


Returning to the Yellow Peril issue, I don't think they were published for the exposure market. I think it's fairer to say these books went towards democratising magic as a hobby, bringing good quality literature to a wider audience of aspiring magicians. It's interesting to note that these were published in two formats, the hard board yellow editions (generally two shillings) and later paperback editions with simpler illustrated covers (usually one shilling). There is some overlap where books were published in both formats between 1925 and 1927 but generally speaking this range is later. Below is a picture of some of this later range. 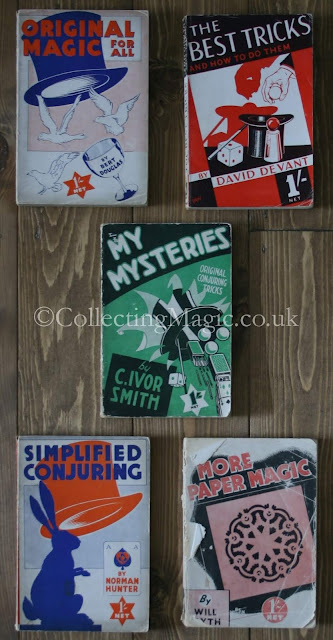 This series petered out in the late 1930s, though Pearson's did publish magic books in later years. Of particular note was Norman Hunter's Successful Conjuring in the 1950's. I'm planning a post specifically on Hunter though, so I'll explore that properly there.

Also, some other publishers sold books that are easy to confuse with Yellow Perils, such as this edition by Routledge. It is exactly the same size, though poorly illustrated and written. 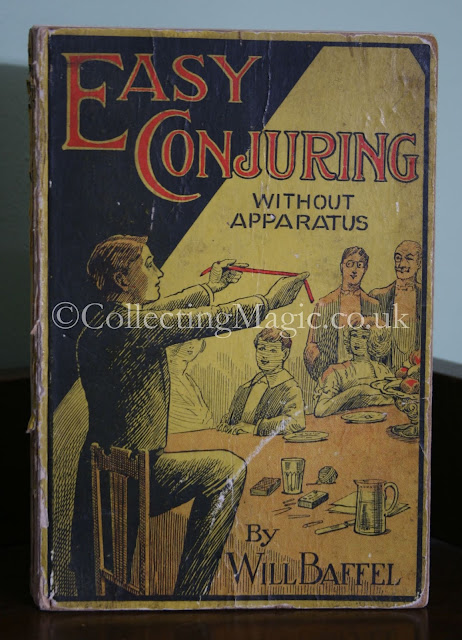