In a case of knowledge lost and regained I recently had the good fortune to identify an item in my collection I had been puzzling over for years. Fifteen or more years ago I was browsing through patents related to magic on The European Patent Office database, Espacenet. One of the many was a charming idea for a magic set built into a drawer box so the contents could appear and vanish.

A few years after this I found one such set and snapped it up, eager to fish out the patent and print it off to accompany the set. 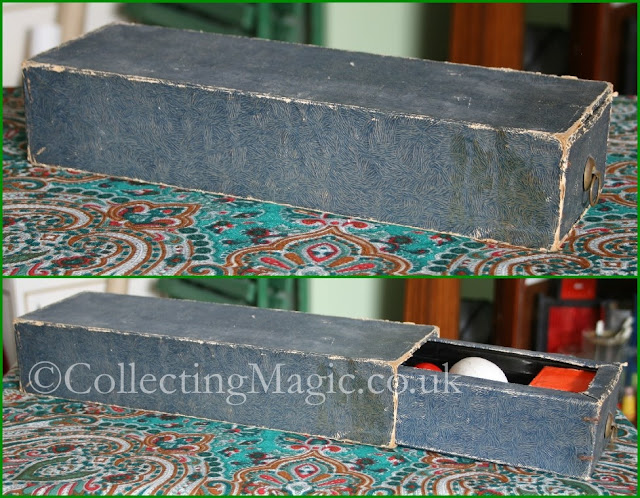 Sadly after finding the set I couldn't work out what I'd searched to find the patent and it went on the shelf unidentified.

Recently I was researching a different range of magic sets when I again stumbled on the patent I'd seen all those years ago. It can be viewed on the Espacenet website by following this link. The patent was filed by Edgar Jay of British Games Limited in 1931 and the illustration matches closely with the set.

British Games Limited was usually abbreviated to B.G.L. and was active from the early 1920s through to 1937 when it entered liquidation. They manufactured and sold games, hobby kits and a few magic sets. Their magic sets were generally in standard boxes with illustrated labels and these drawer box sets seem to be scarce. 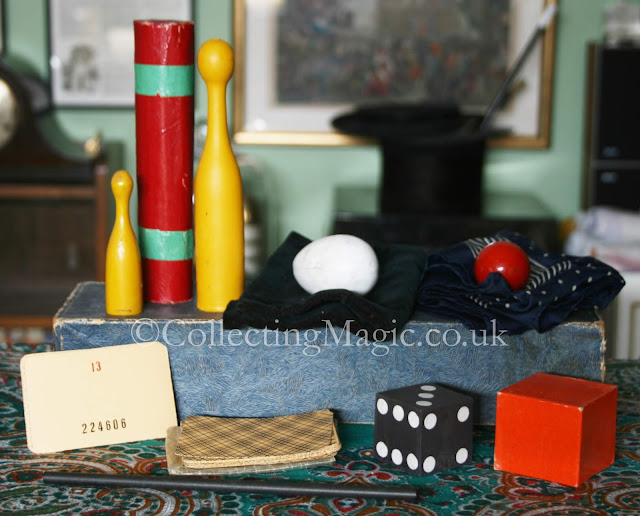 The quality of the contents is quite high, certainly higher than some of their other sets. The patent shows the original design had dividers between the tricks, this is the case with a different version of this set in Manfred Klaghofer's collection photographed here.

The idea to package a magic set in a drawer box may or may not have been original to Edgar Jay but he seems to have been the first to patent it. This fun idea has since been used by many magic set manufacturers and is often used by Marvin's Magic in their products.
Posted by Philip David Treece at 07:00
Labels: B.G.L., Cards, Magic Set, Packaging, Silks
Newer Post Older Post Home