The Baffler Box, Prevalence to Obscurity.

In most magic sets sold from the 1920s to the 1950s was a small metal pot with which small items could be vanished. This powerful little tin was a stalwart pocket money effect in the catalogues of practically every dealer of the early twentieth century. Despite its prevalence for more than thirty years a few factors have pushed this trick out of the dealers' lists. 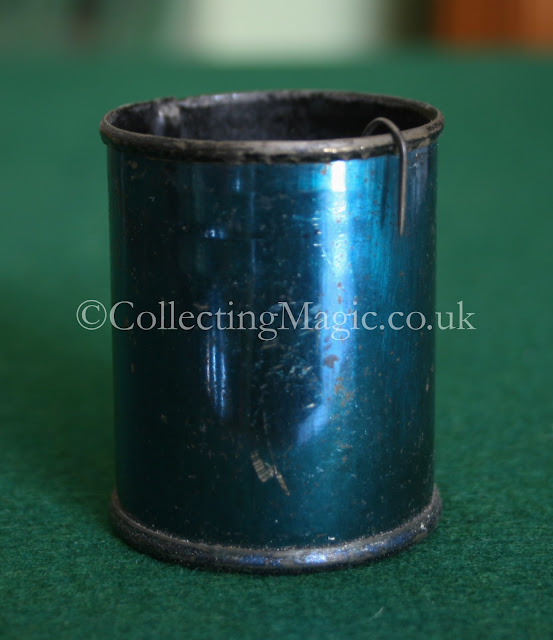 This example is the earliest I have, taken from a Gamages magic set from the early 1920s. An object, usually a silk handkerchief, would be pushed into this pot, the magician's sleeves would be rolled up or adjusted and the pot would be shown empty. It requires a small amount of skill, but is very effective. 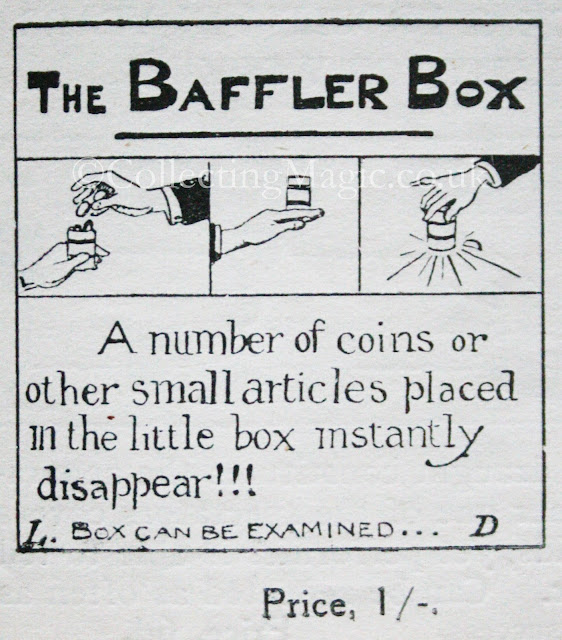 This early Davenports advert shows the box in use. Davenports produced a huge number of these pots over many years and it must have been one of their best sellers for decades. Most of their little cups look like the example below. 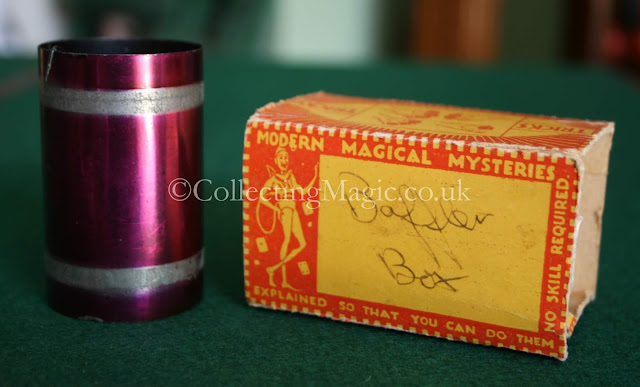 This Davenports box was sold in its own packaging but most were sold in magic sets such as the Maskelyne's Mysteries sets in this post. Made in many colours they almost always had two bands painted either silver or gold. Ernest Sewell's sets normally included a Baffler Box too and his were decorated the same as those manufactured by Davenports though manufactured in his workshop. Davenports also sold a plain version, though I have only seen this one. 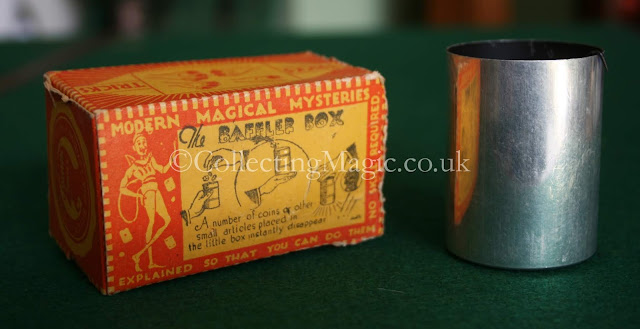 Davenports also sold a tube from which a cigarette could vanish using the same principle. They marketed this as the Baffler Vanishing Cigarette, pointing out to purchasers the method used. One of these can be seen on the left of the last photo on this post. In the 1930s Davenports marketed a different effect which built on the main secret of the baffler box. 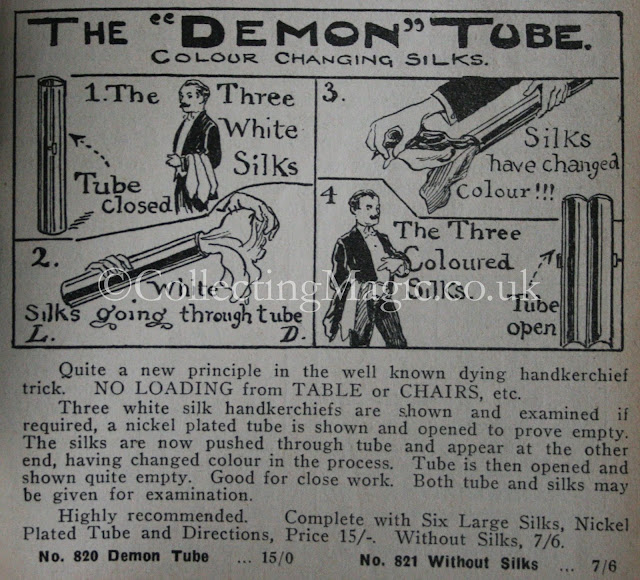 This tube is broadly the same as a baffler box with the bottom removed and with the gimmick a dye tube rather than a closed pot. Although it was retailed by Davenports it is possibly an imported trick. 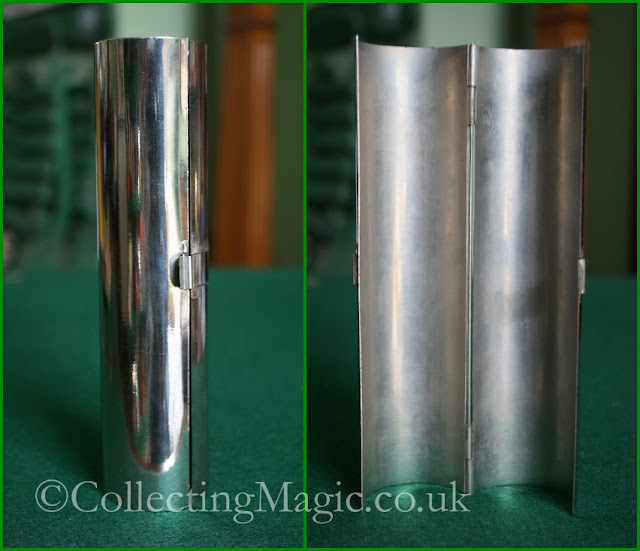 The handling of this effect and the baffler boxes is a real pleasure to use, but has some draw backs that have assigned them to the collectors' cabinet. Not only do they depend on the magician wearing a dark jacket or blazer, but also one they're not too worried about about jabbing holes in. The necessity of a very sharp point on the gimmick perhaps explains why it is no longer considered a good item for children's magic sets.
Posted by Philip David Treece at 07:00
Labels: Advert, Coins, Davenports, Gamages, Germany, Magic Set, Metal, Packaging, Silks
Newer Post Older Post Home