For information on the man behind these sets and more information on his company order his biography, Ernest Sewell and the London Magical Co., HERE.

Like most magicians my first practical experience of magic was via a childrens' magic set, in my case a Paul Daniels one. Daniels was by no means the first magician to endorse and sell magic sets though, the first to put their name to a set was probably Ernest Sewell. Now he's mainly only remembered for his sets, or "Cabinets of Conjuring Tricks" of which thousands must have been made. His sets were responsible for getting many children into magic, perhaps most notably David Nixon as shown on this label on a late Sewell set.

There were two main groups of cabinets sold by Sewell as listed in the booklets that come with the sets. The first group were simply listed by size from 1 to 5, and the second phase had sets listed as 0, 1, 1a, 2, 2a and 3. The adverts as the back of the booklets below show these two phases. 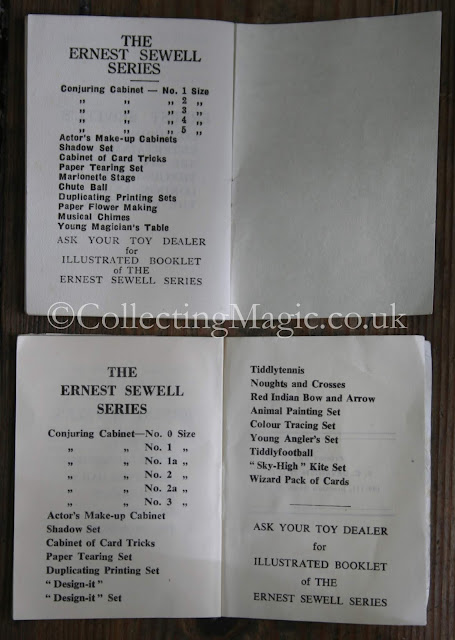 I believe the change was to prevent the doubling up of tricks, the earlier sets all share tricks with each other, so to buy more than one set would cause overlap. The later sets only overlapped in 1 and 1a or 2 and 2a, as I understand it. I'm not sure when the first type of numbering was discontinued, but a safe assumption would put is during the Second World War, or just after, as the availability and expense of materials would likely have caused problems.

Broadly speaking the smaller the set, the easier they are to come by, here are three examples of the smallest sets produced in the early period, No.1s. 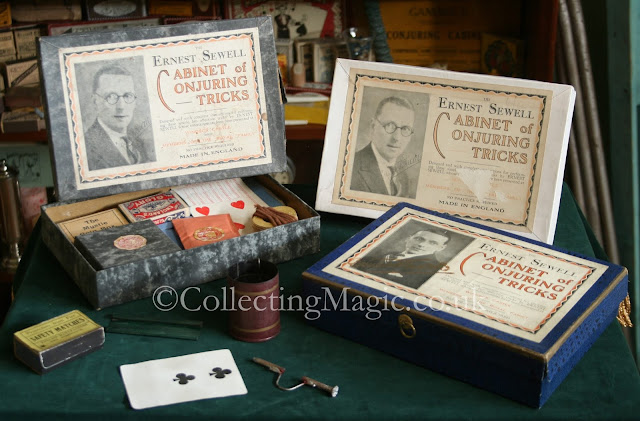 There were also some anomalous sets which don't fit into the lists above. One of these is this earlier 1 A size set. 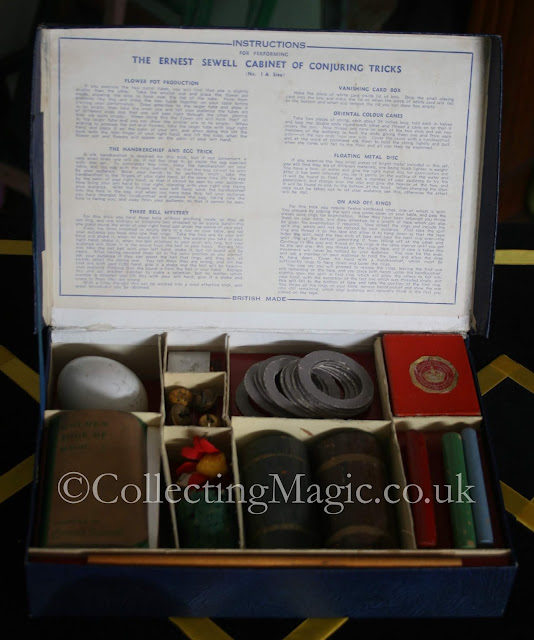 The earliest sets are from the 1920s and I believe he sold them into the mid to late 1950s, though I have been unable to find specific dates. The No.2 set is also quite easy to find, here's a 1920s example:

The easiest way to roughly date the sets is to see how old Sewell is on the label, I've found three different portraits on his cabinets.

According to a catalogue from the late 1940s (after the numbering had changed to the second phase) a No.0 set is 3/4, approximately £30 in today's money up to a staggering 66/6 for the No.3 set, more than £400 today. This was an era when toys were very expensive and these high quality British made magic sets would never have been affordable for the average working class family.

Sewell sold his cabinets under the banner of the London Magical Company, here are three of the larger format sets. On the left is a 1930s No.4, the No.3 was the same size as the No.4 but without the pull out drawer. To the right of this are two later sets, a No.2 and a 2a, the quality of the contents declined in these late sets. 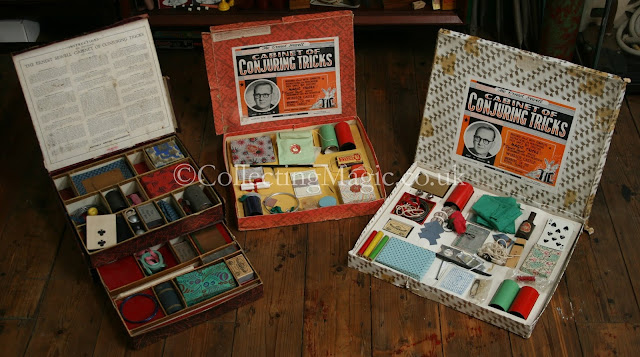 I also have a smaller set from this later range shown on the right of the above image. This one is a 1 size.

The gem amongst my Sewell cabinets is this beast, the largest set manufactured that I've been able to find, a No.5. I only know of one other example of this set, in the huge Zauberkasten Museum (Magic Set Museum) in Vienna. 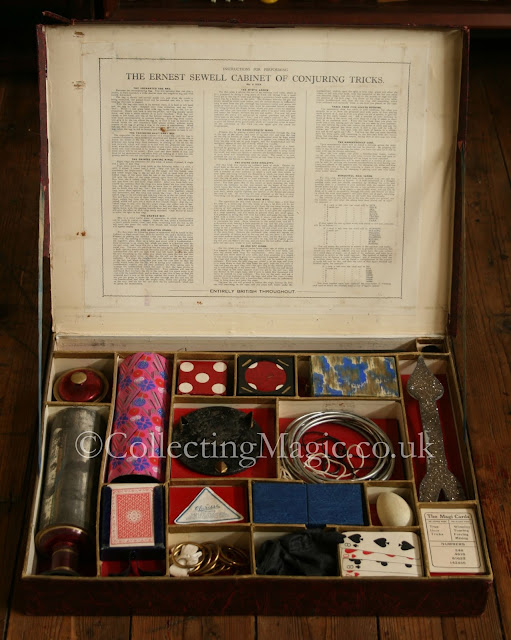 Some of the tricks within it are scratch built, not with the production line type manufacturing processes of the standard sets. It has been looked after and is in as new condition, possibly this was manufactured but never sold when new. 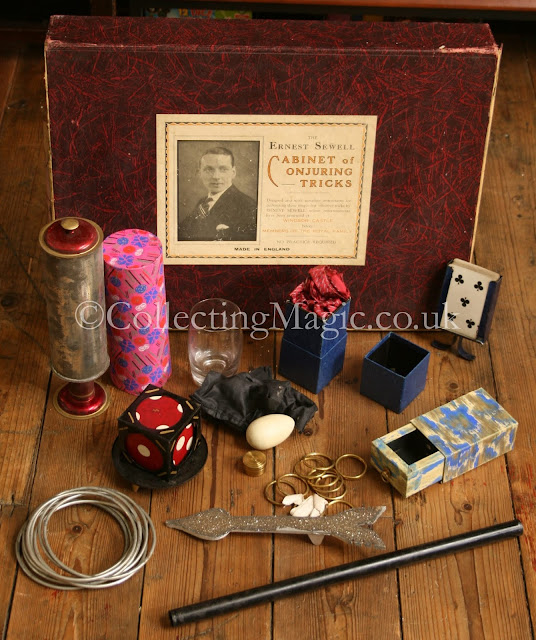 Sewell also sold loose tricks and magic sets of card and coin tricks. His company also produced a wide range of other toys and games, one of the most successful being a hybrid of tiddlywinks and table tennis, known as Tiddlytennis. 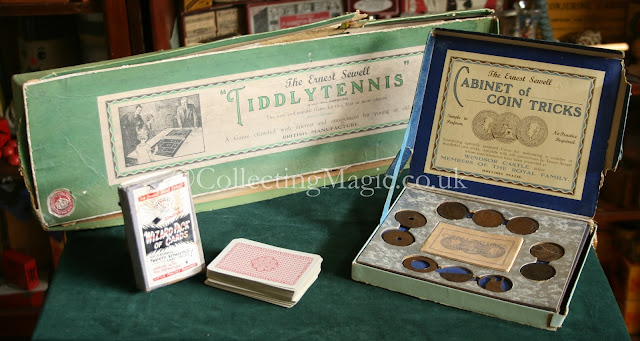 During the Second World War Sewell purchase a kite company called Brookite which he merged with his toy company. Brookite are still going strong today, so although the magic sets ceased production in the 1950s the company survived.