Raymond and Dockstader, Postcards from the Top and Bottom of the Bill.

Here’s a trio of postcards that have an unusual connection. The first one I picked up is shown below, a striking portrait of a smiling magician. Most readers will have noticed this postcard isn’t quite right. 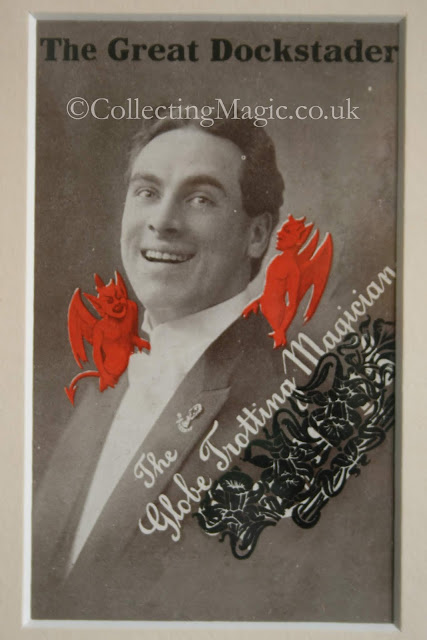 The original image is a very well known picture of The Great Raymond, a prominent American who toured extensively across the globe. It seems at some point a batch of these cards were recycled by a printer for another magician. A decorative stamp has been used to rather clumsily cover over the original name and a stamp re-naming the magician as The Great Dockstader has been used above the portrait. A similar but unaltered postcard of Raymond can be seen below. 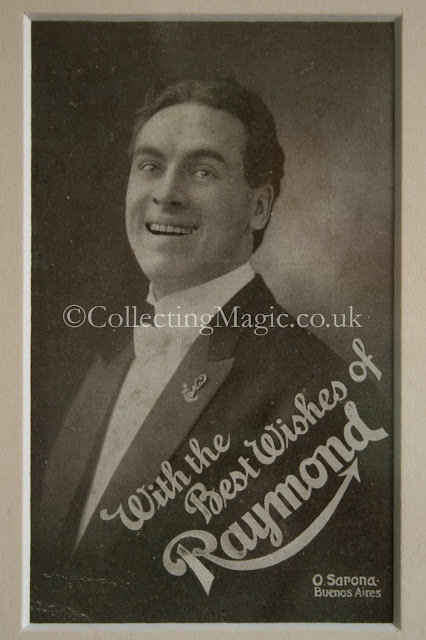 I imagine Raymond wouldn’t have been best pleased if he knew his publicity material was being used as stock material, but I doubt many of these were made. I haven’t seen any for sale since, maybe these were recycled in the UK after Raymond had returned to touring in America or elsewhere. It's interesting to note the altered postcard shows Raymond with the classic Keller type devils on his shoulder, an image I've seen in Raymond posters before but not in a Raymond postcard.

Dockstader didn’t always use stock material as shown by this last postcard. 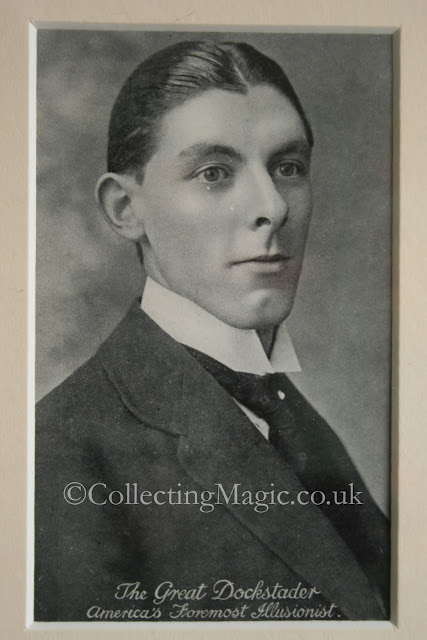 Declaring himself rather comically as America’s foremost illusionist this simple postcard shows the actual Dockstader. He bears very little resemblance to Raymond, so it can’t have been a particularly effective marketing tool to hand out postcards clearly of another magician!

Information on Dockstader is hard to come by, he may be related to a well know minstrel troupe leader who also used the stage name The Great Dockstader, but that is pure speculation. It would be hard to even ascertain that he's an American as many acts on the UK music hall circuits pretended to be American to appear more exotic. Maybe someone reading this knows more? 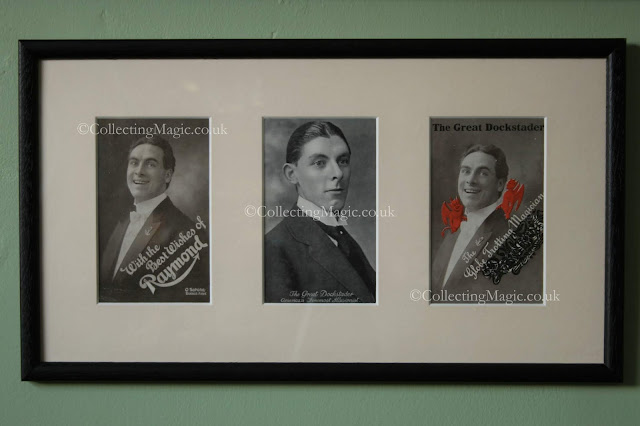 Raymond himself was a very successful magician, performing around the world. He produced a very large amount of publicity material, posters, postcards and other ephemera which have helped his image endure.
Posted by Philip David Treece at 07:00
Labels: Advert, Ephemera, Photo, Postcard, Profile, Who am I?
Newer Post Older Post Home