This isn't a normal post as it's not about something in my collection, but rather something spotted by chance. I went on holiday with my partner to Budapest in March 2016. We hadn't gone because of the Houdini connection, but I can't say that wasn't at the back of my mind! Early in the holiday we visited the Budapest History Museum within Buda Castle. Looking out of the window into the main courtyard I spotted the strangest thing. 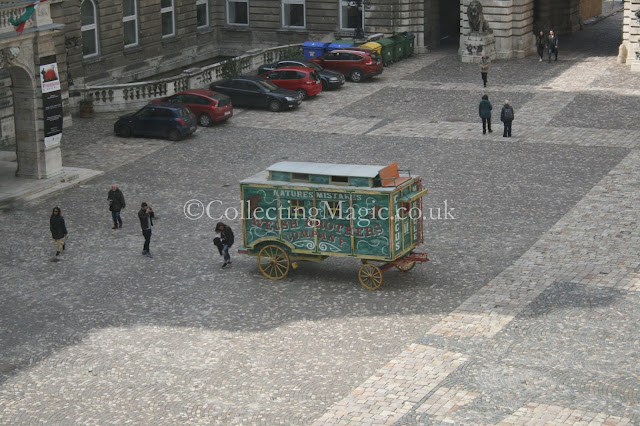 I had watched the Houdini miniseries featuring Adrien Brody in 2014 and was aware some of it was filmed in Budapest. Although I didn't have a memory of seeing this wagon in the series, it could hardly be anything but a prop from it. Its reference to Welsh Brother's Circus and "Nature's Mistakes" clearly referring to Houdini performing as a wild man for that circus. 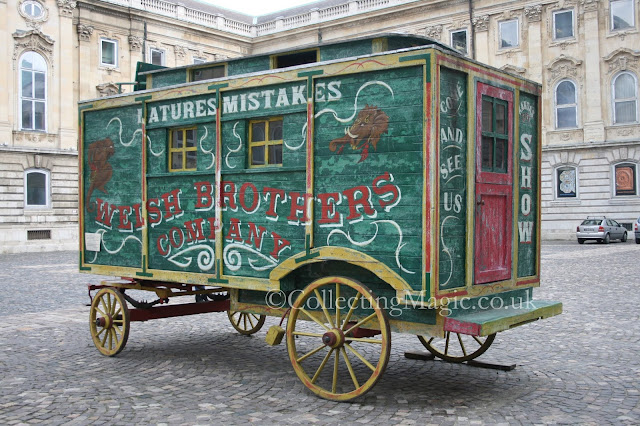 Down in the courtyard I got a closer look at this wonderful mock-up. It was beautifully made, painted and aged.

There was also another wagon tucked into a corner of the yard. 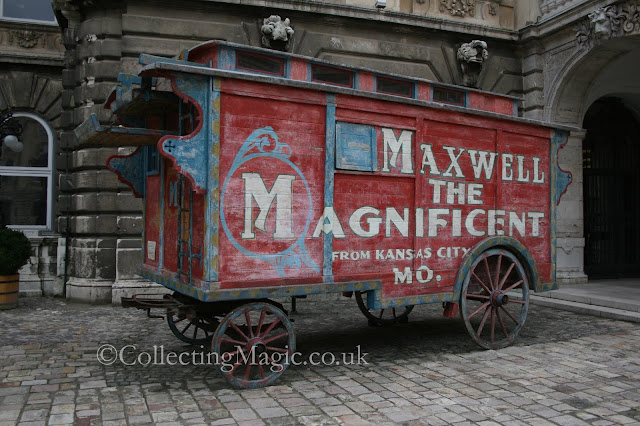 I'm not aware of any actual Maxwell The Magnificent, but I presume he was a character in the series. My memory of the show's not fantastic and, being frank, I didn't enjoy it enough to buy on DVD. 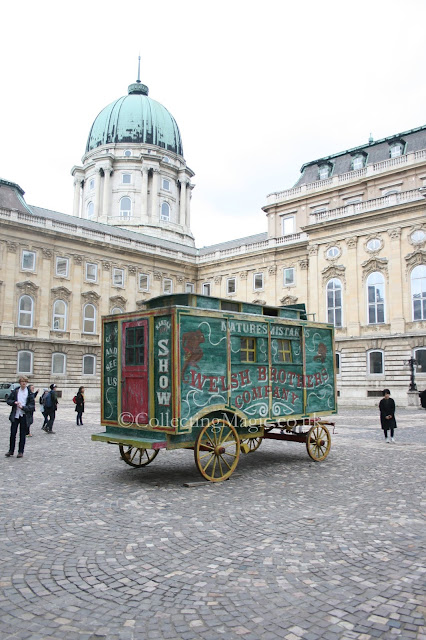 Shortly after we came home I read the news that a Houdini museum, The House of Houdini, was to open in Budapest, a city that previously had no formal memorial to one of their most famous sons. The museum itself is within Buda Castle, so that probably explains why these props were there.

We visited what we thought was the Weisz family home, though research has since shown that to be unlikely. We did explore the Jewish Quarter thoroughly though and visited the fantastic Great Synagogue, a building the family surely would have known. 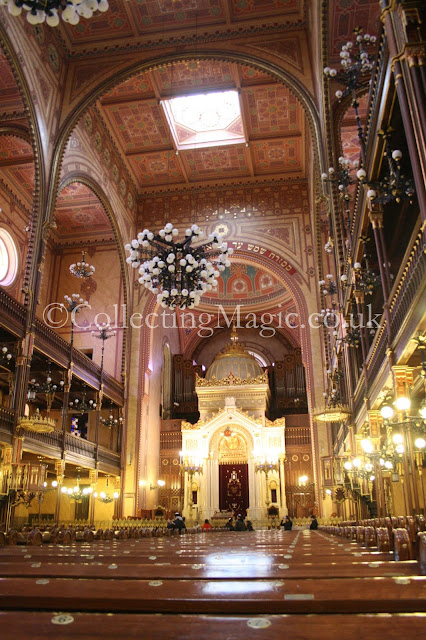 More about Houdini's links to this area can be found in this article from the House of Houdini. Budapest is a wonderful city to visit and it's great to hear they're making more of Houdini, I can't wait to get back there.