One of Houdini's most famous stage tricks was the swallowing of loose sewing needles and the apparent regurgitation of these threaded on a length of cotton. A variation of this old effect is performed with razor blades, much more visible on stage and with the same sense of peril as the needles effect. This photo, printed in many Davenports catalogues from the 1930s shows George "Gilly" Davenport performing the effect. 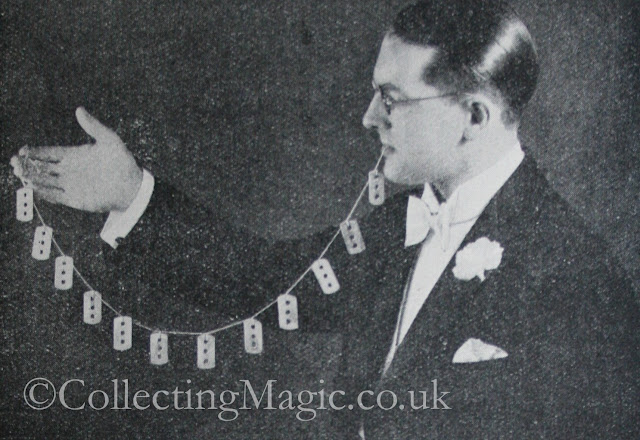 George Davenport popularised the effect after the company purchased the rights through Max Holden from an unknown American source in 1930. It was a huge success and has been sold by Davenports ever since. I have a few examples in my collection. The one shown below has the striking red and yellow packaging synonymous with Davenports with a text description of the effect stamped on the box. 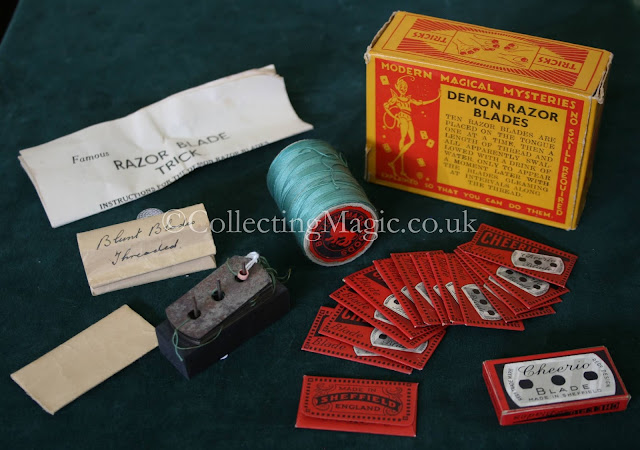 The apparatus itself is in remarkable condition with the original packaging on the blades. The trick was improved by Robert Harbin with the addition of the gimmicked spool of thread, removing some of the more complicated handling. He gave these improvements to Davenports and they printed them along with the original instructions. The trick also came with a handy block to make the resetting of the trick straight forward and to avoid tangles. 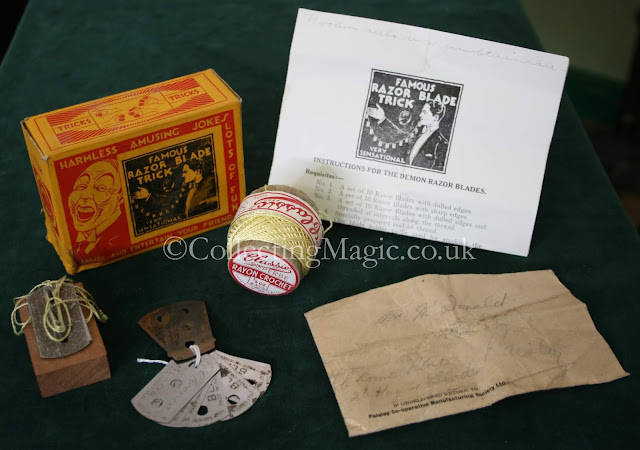 This example has a few differences, the most obvious being the packaging. This has slightly rarer graphics with the clown face more generally used for jokes and novelties. It also has a wonderful stamped image of the trick, clearly based on the photograph of Gilly above.

These also come with some extra envelopes showing that the blades have been chrome plated by Paisley Cooperative Manufacturing Society Ltd. This was presumably done to make them even more showy under the spotlights and was done after they were purchased.

Both the above examples use cardboard reels. Before the Second World War Davenports manufactured the reels in wood like the below example. 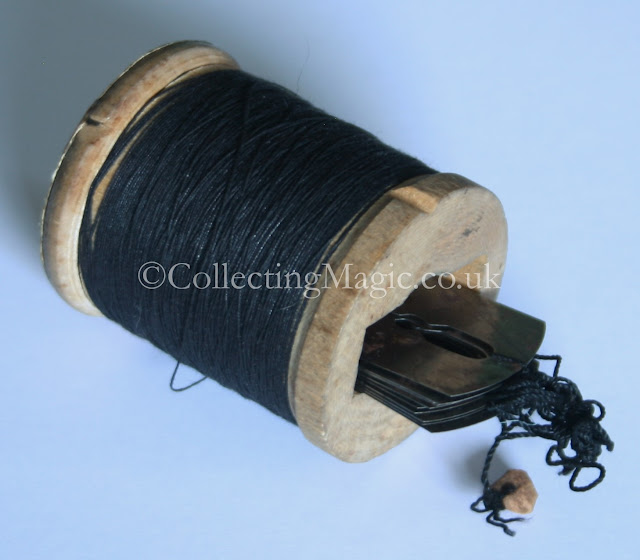 Gilly performed this effect for Movietone News in 1931 and Jasper Maskelyne performed it for Pathé in 1937.