Early last year Paul Daniels, one of the most successful magicians of all time, died. As a child I caught the end of his long prime-time television career and my start in magic began with one of his magic sets. I tend to collect items earlier than 1960 so I don’t have a great deal of things relating to Daniels, here are a few things from the height of his fame I have picked up though. 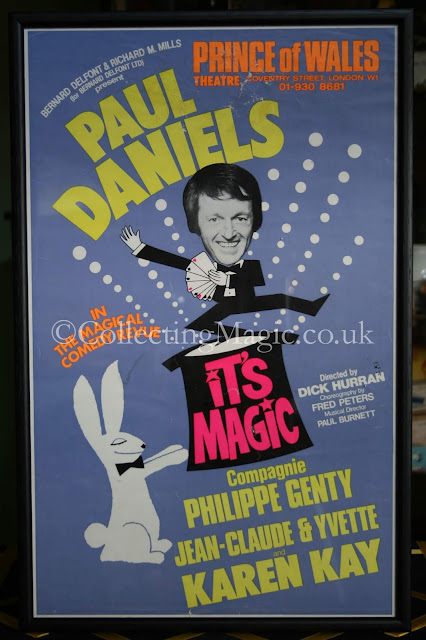 The first item is a poster from his 14 month run at the Prince of Wales Theatre in London’s West End. Starting in 1980 this run was a real rarity as variety shows in the West End has died out completely prior to “It’s Magic”. The run was hugely successful coming off the back of his television stardom which rocketed in the late 1970s. 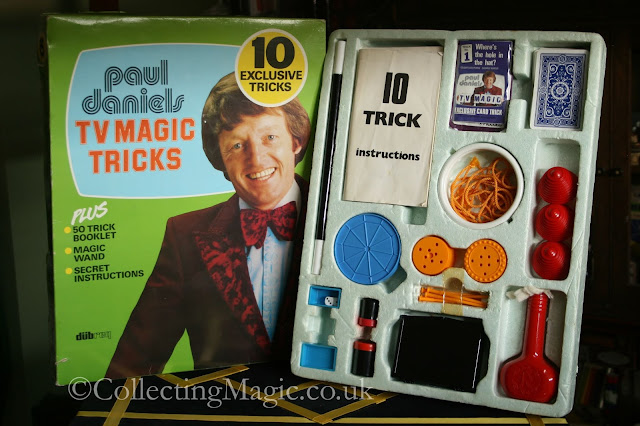 Throughout his career he marketed magic sets for numerous toy companies. The first range under the branding TV Magic Tricks was released in the early 1980s, with individual tricks and larger magic sets available. These were manufactured by "Dubreq" and "Magic Marketing" who I assume were part of the same company. 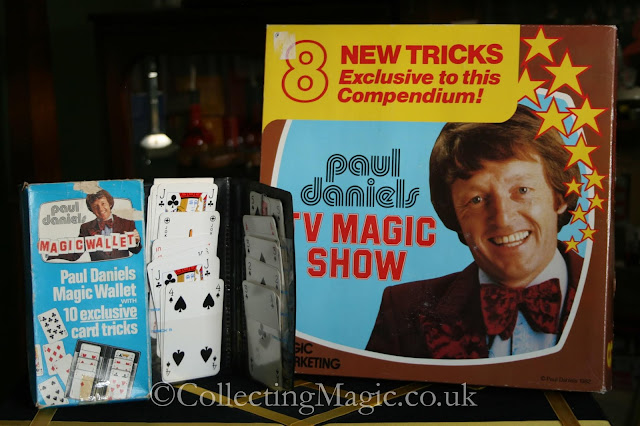 These sets were released at the height of Daniels' fame alongside children's books and annuals bearing his name. I've always presumed these books were written with, or ghost written by, Ali Bongo as they are particularly similar to Bongo's books of this period. As with Ali Bongo's books they are among the very best magic books for children and were a big part or my childhood.

Paul Daniels didn't reserve his image for magic publicity though, in fact he was happy to put his name to almost anything. He sold tapes to help people learn foreign languages, Atari computer games and even draught excluders! 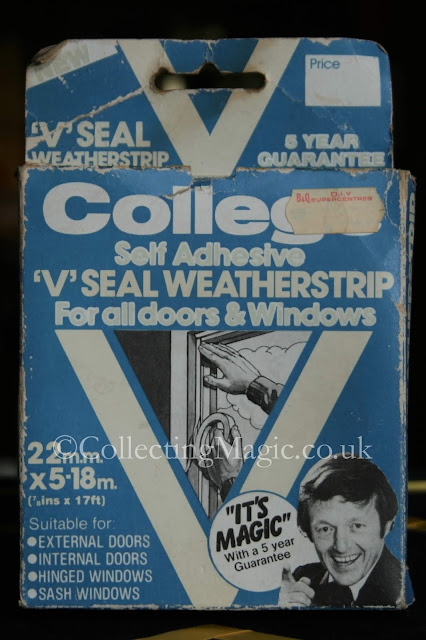 Like many magicians of my generation I started out with a Paul Daniels magic set, in my case a "Peter Pan Playthings" set I got for my forth birthday. I was lucky enough to meet Paul on a few occasions and saw him lecture and perform. He was always very kind and encouraging to young magicians.

In recent years he sold some of his considerable collection and I was lucky enough to pick up some of his Davenports items. He was a close friend of the Davenport family and cleared one of their family homes, one item from this clearance is this copper Wonder Box.

As a pioneer of TV magic and a true professional magician for over forty years he had a huge influence on the direction of magic in the UK. Working with Ali Bongo and John Fisher, his TV shows created an interest in magic for a whole generation, a legacy that will continue for many decades to come.
Posted by Philip David Treece at 07:00
Labels: Davenports, Ephemera, Magic Set, Packaging, Plastic, Poster, Profile
Newer Post Older Post Home