Radio Magic, a Look at the B.B.C.'s Online Offerings.

This post is a departure from the norm here. I had hoped to start writing longer articles once the Sewell book was out, but a different magic history project I'm collaborating on has progressed faster than I'd anticipated. I simply haven't had the time outside work to spend on the blog. 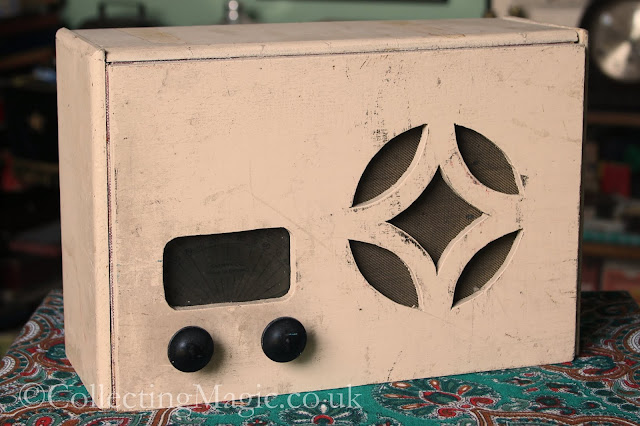 There are many more magic history documentaries and dramas visible on the B.B.C.'s website which aren't currently available but perhaps will be in the future. I've separated the programmes available into broad categories below. The programmes are made for a lay audience and there is a fair amount of repetition in some of the below, but they're pleasant listening nonetheless. The majority of these can be listened to worldwide.

The six parts cover the history of magic, tricks involving illusions of death, vanishing and appearing effects, animals in magic, escapology and mentalism. Although only an overview of each topic, the half-hour format allows for some entertaining anecdotes.

This five-part series from science writer Philip Ball explores the links between science and magic of all types. The second and third episodes are of specific interest to magic history fans. The second part explores science and performance magic, with contributions from Will Houstoun, and the third part looks at science and the rise of spiritualism.

The first of three Houdini programmes on this list is this look at his career presented by Matthew Parris. Parris discusses Houdini's life with magician Paul Daniels and Houdini biographer William Kalush.

This documentary, presented by Brian Sibley, looks at Houdini's life with a particular focus on his death and interest in spiritualism. Many of the Magic Circle magicians who contributed to It's Magic above feature prominently discussing his life and career.

Listen here:
Omnibus: Are You There Harry Houdini?

The shortest of the three Houdini documentaries, this looks at Houdini's Mirror Handcuff Challenge. With entertaining contributions from Paul Zenon, it provides an interesting snapshot of Houdini's time in the U.K.

Melvyn Bragg discusses the history and cultural context of automata with Simon Schaffer, Elly Truitt and Franziska Kohlt. This is really worth a listen, but it does suffer from Melvyn Bragg regularly interrupting the academics to demonstrate his own knowledge.

As an aside, Simon Schaffer's B.B.C. Four (TV) documentary on automata, Mechanical Marvels: Clockwork Dreams, is regularly repeated and worth watching.

Listen here:
In Our Time: Automata

This fascinating talk show looks at the history and practice of Spiritualism through a discussion between a Spiritualist, an Evangelical and an academic interested in spirituality. Though there's little magic history in here it does cover many aspects around the growth of spiritualism, and its current practice, generally absent from magic history books.

I'm stretching it a bit here, but I am fascinated with Gamages and its magic department which grew and shrank over the years. There is no mention of magic in this documentary but it does give an insight into the history of this company and why it is no longer a household name.


Other programmes perhaps of interest:

This fantastic programme looks at the friendship between the biochemist (and magic historian) Edwin Dawes and the poet Philip Larkin. Written and presented by Andrew McGibbon it shines a new light on Larkin and is filled with charming anecdotes from Dawes.

If you to listen to only one programme on this list make it this.

This short programme looks at the various reasons people become magicians. It's full of interesting insights into the psychology of magicians and what drives them.

Listen here:
The Why Factor - Magicians

The Conversation - The Magicians: Ekaterina Dobrokhotova and Adeline Ng (2016):

This episode of The Conversation sees two accomplished magicians from different backgrounds discuss their careers and the various challenges women face in the male-dominated world of magic.

Derren Brown is well represented on B.B.C Sounds and this recent interview conducted by Emily Webb is worth a listen. Brown's Desert Island Discs can also be listened to on the website.

The Life Scientific: Richard Wiseman on Lying, Luck and the Paranormal (2019):

This episode of Jim Al-Khalili's wonderful series has Richard Wiseman as its subject. The always entertaining Wiseman discusses his more recent areas of interest and his past work.

Listen here:
The Life Scientific: Richard Wiseman on Lying, Luck and the Paranormal

I hope the above programmes will be of some interest. If you spot any others available to listen to on the B.B.C.'s website please let me know and I'll add them to the list.