Spoons are a staple of any shop selling practical jokes. In a country where drinking tea is a national obsession thousands of these spoons were sold by magic shops to naughty children hoping to scare and irritate their relatives. These were mostly imported from Germany or manufactured in the UK and were retailed by many shops, particularly Ellisdons and Davenports.

First up is a pair of classic exploding spoons. When laid on the table they look innocent enough but if picked up a detonator is released and a loud bang is produced.

Spoons like these were sold in mail-order catalogues with lively cartoon adverts. In this article I'm featuring Davenports adverts as, in my entirely biased opinion, they are the most entertaining. Here's an advert for a bending spoon from the 1930s. 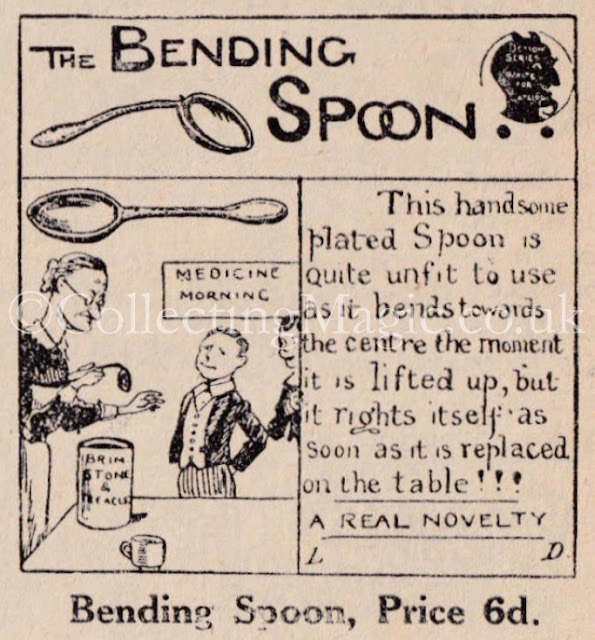 These spoons were one of the more unusual in their group as they were manufactured as a trick from scratch rather than being normal spoons altered after production. The hinge is well made and invisible to the casual observer. 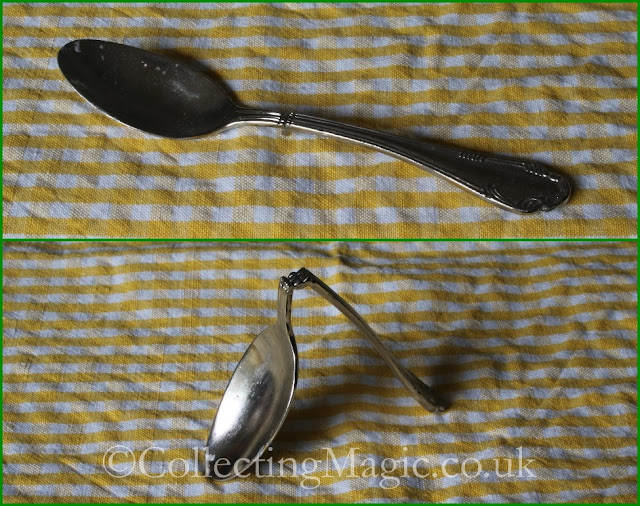 A more popular and cheaper trick spoon was "The Impossible Spoon". These were normal spoons drilled with a large hole in the bowl. Here's another Davenports advert. 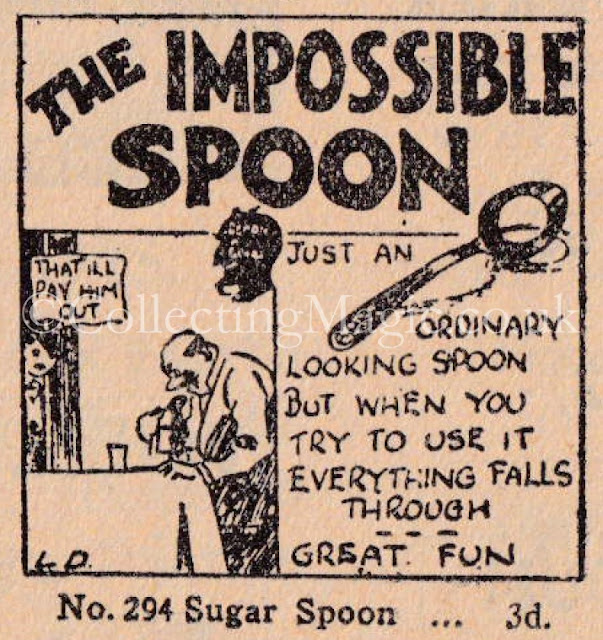 Popular from the 1920s these spoons are probably the easiest to find novelty spoons out there. The spoon in the foreground was made in Czechoslovakia and the one in the background Germany. It's likely they were turned into trick spoons in the UK however.

The spoon below is much scarcer. Made in the UK, it has a celluloid lid sealed to the mouth of the spoon's bowl. It performs much the same function as the spoons above, preventing the user from getting sugar out of their sugar bowl.

My favourite of these silly spoons is the fly spoon, which does what it says on the tin. 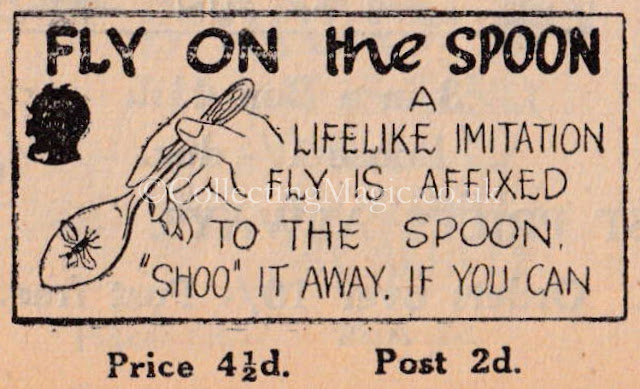 Again using a normal aluminium spoon the novelty manufacturer has created a trick with just a small alteration. A hole has been drilled in the centre and a fly pin has been pushed through the hole. When held on a tablecloth it's easy to make the fly move around on the spoon in a very realistic fashion.

Spoons were not the only items of tableware that received the novelty treatment as can be seen from this Davenports advert pushing an array of folding cutlery. 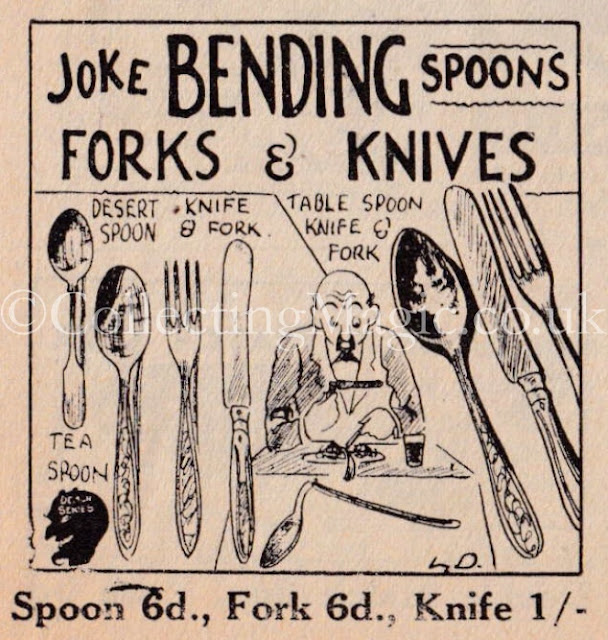 Although many of these are of pretty low quality there are odd exceptions such as this bending fork. It is of high quality and has a superb hinge, almost invisible when the fork is straight. 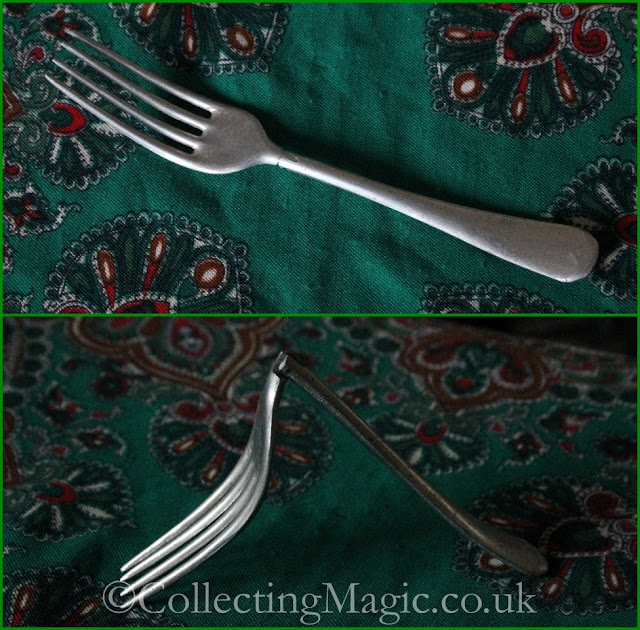 Joke cutlery is still manufactured but not in the quantities seen between 1920 and 1960. Spoons with holes in their bowls are now marketed as "Diet Spoons" and bending spoons are still available. A few new novelties have also been introduced such as extending forks and spoons such as Archie McPhee's "Freeloader Fork".
Posted by Philip David Treece at 07:00
Labels: Advert, Davenports, Ellisdons, Germany, Japan, Jokes, Metal, Novelty
Newer Post Older Post Home