Will Blyth, a Proficient Part-Time Author.

If you could look on the bookshelf of a well-read magician in the 1920s or the 1930s you'd find at least a few books by Will Blyth. For fifteen years from 1920 Blyth wrote nine magic books enjoyed by both amateur magicians and professionals alike. Blyth was a well-respected magician who toured magic clubs and societies extensively as a lecturer. He specialised in performing for children and was also renowned for his abilities with the cups and balls.

When C. Arthur Pearson began rapidly expanding his Amusements for the Home series Will Blyth became his go-to magic author, producing more books than any other magician for the series. With the exception of 1925, Blyth produced a book every year for Pearson from 1920 to 1926. 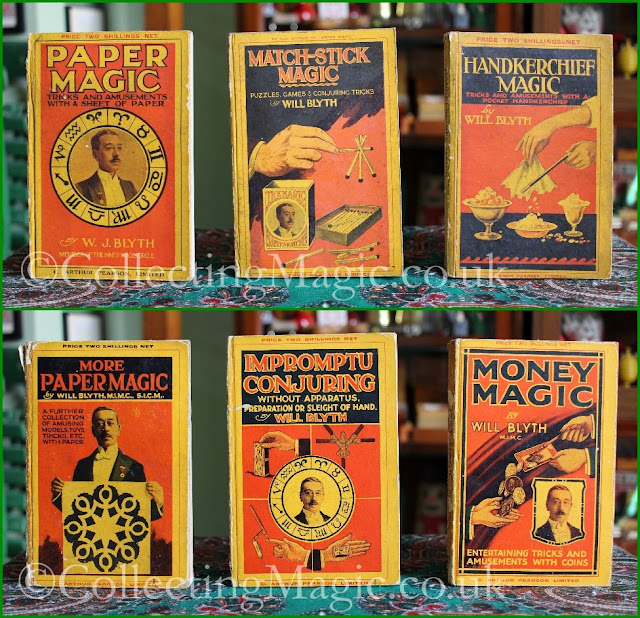 The above books are laid out in the order of their release with 1920 at the top left and 1926 the bottom right. For more information on the Amusements for the Home series have a look at this article.

Will Blyth was a senior member of the Magic Circle and became their honorary librarian. This is an interesting conflict of interests given that many members of the club viewed the Pearson books as akin to exposure due to their availability to the general public. In spite of this, Blyth proudly boasted his membership of the Circle, displaying his medal and featuring the club's logo on the covers of his books.

Blyth managed to keep active in the magic world alongside a successful career within the London Salvage Corps. This was an organisation overseen by the London Fire Offices and concerned with the protection of goods and property affected by fire and water damage from fire fighting. Blyth's father, John, had been a senior member of the organisation and Will Blyth was said to have been born in a fire station. The photograph below shows Blyth in his superintendents uniform and was reproduced on the cover of the February 1935 issue of The Magician Monthly. 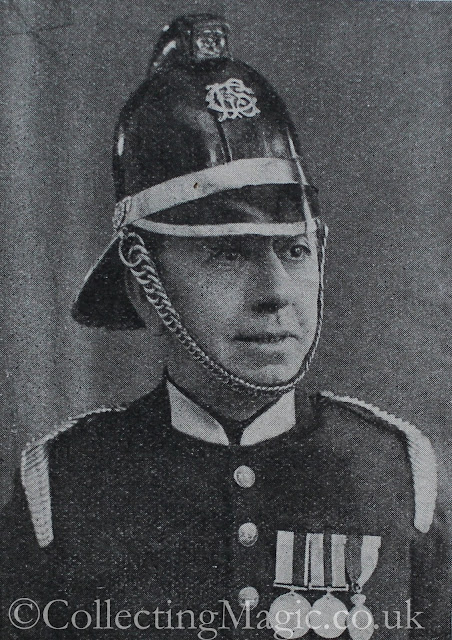 Blyth's work as Superintendent, the most senior position in the organisation, involved presenting lectures on fire prevention and safety. It was at one of these that he met a young Francis White who he went on to mentor for many years. Blyth's work in the Corps and his interest in paper tearing combined into an act called the "The Fireman's Story". He wrote up this act and presented it in the closing chapter of his 1928 book Effective Conjuring. 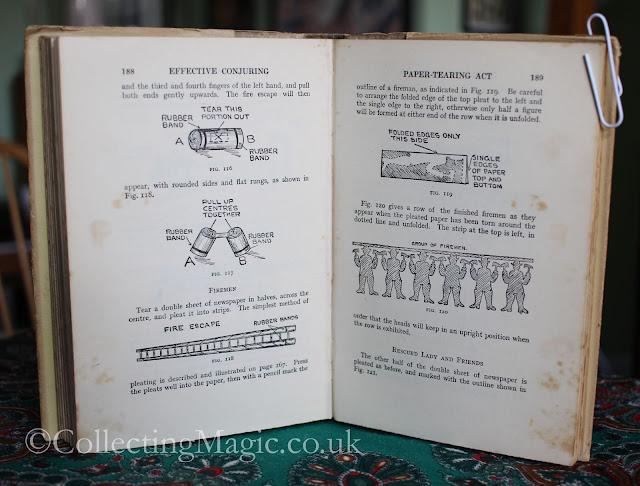 Effective Conjuring was the first of two books written for the publishers Methuen. Methuen rarely published magic books but Effective Conjuring became very successful for them. The 1932 and 1934 reprints are now amongst the most common 1930s magic books on the second-hand market. Blyth's second book for Methuen, How to Become a Conjurer, was released in 1934. This book was more squarely aimed at the beginner but didn't share the success of his previous work for Methuen.

How to Become a Conjurer includes a section on building a magic library where he lists all of the books he had written. This holds somewhat of a mystery. In the list he mentions Cups and Balls, published in 1933 and containing 20 pages. I haven't been able to find evidence of a physical copy of this book. Magicpedia states that Cups and Balls were lecture notes from his appearance at the 1933 I.B.M convention in Northampton.

I'd be very interested to know if this is the case and if anyone has a copy of these notes. There is a pamphlet that was put out by Davenports for many years under the title Sleight of Hand Simplified which, after an earlier stock cover, goes into depth about how to perform the cups and balls. It is anonymous and runs for 20 pages, the length of the mysterious Blyth book. Perhaps this was written by Blyth and originally had a front-page mentioning the I.B.M. conference which was changed for general sale? If anyone can shine any light on this I'd be very interested. 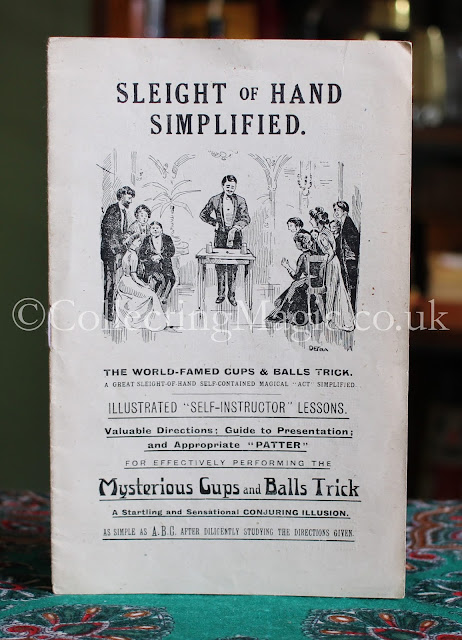 In addition to these books, Blyth was a prolific contributor to The Magic Circular, The Magic Wand and The Magician Monthly among other periodicals. He was well-loved in the magic community and spent a great deal of time helping others both as secretary of the Magic Circle's John Nevil Maskelyne Benevelont Fund and as secretary of the Professional Fire Brigades Widows and Orphans Fund. He died suddenly on the 7th of January 1937 at the age of 63.

His popularity was evident from the scale of his funeral which Francis White described in an appreciation in The Magician Monthly. The funeral cortege travelled from the London Salvage Corps headquarters past a guard of honour and onto Cannon Street where uniformed London Fire Brigade representatives lined the street. Francis White reported that the church was packed and floral tributes came from The Magic Circle, The Sheffield Circle of Magicians, TheAberdeen Magical Society, The Covan, Douglas Craggs, The Davenport Family and many more.

Pearson reprinted a few of his books in the late 1930s (above) but since 1940 neither his Pearson or Methuen books have been reprinted. It's fair to say they have dated, as have most magic books of the period, and the poor quality of the binding of Pearson's books make it hard to practically learn tricks from them today. His final book for Pearson, Money Magic, is perhaps his most underrated, being probably the first coin magic book written in truly clear language. In the forward for this book Percy Naldrett wrote:

"I commend this book to the man-in-the-street who wishes to be ever ready to entertain friends without too laborious preparation or practice; also, I commend it to the more experienced conjurer seeking subtle and delightfully deceptive moves, and again to the genial joker, who delights in catches. I can only find one fault in the book of Money Magic. It is too cheap."