The Rabbit as Magician, a Popular Comic Theme.

One of the defining symbols of magic in the public eye is that of a magician pulling a rabbit out of a hat. Much has been written on its origins but it is now little more than a cliche, rarely performed by working magicians.

It is a powerful symbol nonetheless and one embraced by the magic community with all matter of novelties and trinkets produced depicting a rabbit popping out of a top hat. A testament to its popularity is its common use in political and comedic cartoons. One fairly popular joke is to reverse the roles of the magician and rabbit and have the rabbit pulling the conjurer out of a hat. 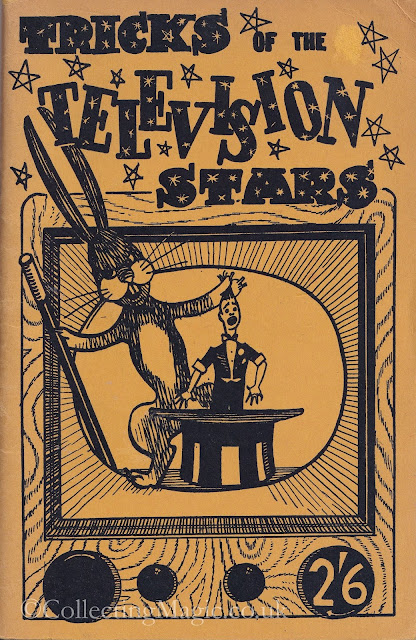 The image of a rabbit coming out of a hat was already popular by the 1950s, as shown by this cut-out advert illustrated by the magician Jack Lamonte. Lamonte specialised in custom publicity items for magicians and magic societies. 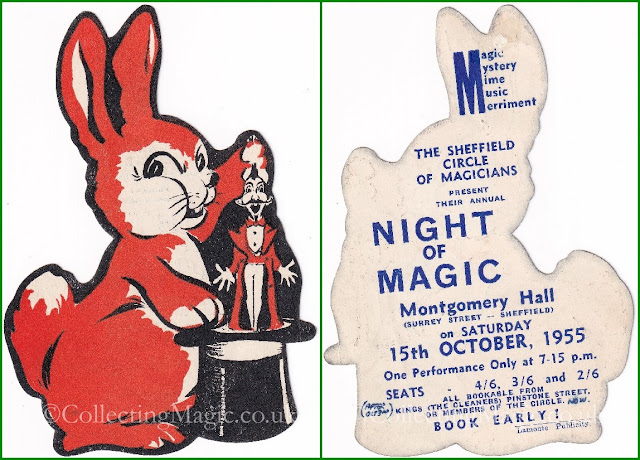 This lively flier is promoting the Sheffield Circle of Magicians' 1955 Night of Magic, held at the beautiful Montgomery Hall. Lamonte's rabbit is much less sinister than most, taking clear inspiration from Disney.

Another magic society to use the motif was the British Ring of the International Brotherhood of Magicians. 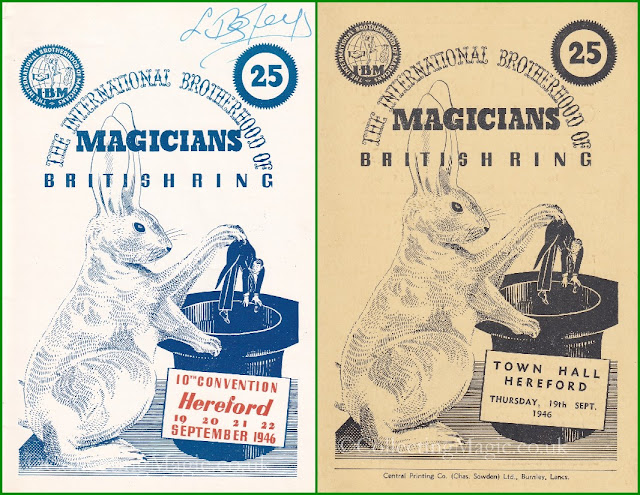 These rabbits were used in two programmes for the British Ring's 1946 convention, the first since the outbreak of the Second World War. Printed by the Ring's go-to printers Burnley's Central Printing Works, the artist is not recorded.

It's unclear when the first rabbit pulling a man out of a hat appeared. I would suspect it came out of a newspaper cartoon. The earliest example I have (off the top of my head) is on the cover of Gerald Lynton Kaufmann's 1938 book How's Tricks. This isn't just any cartoon though. 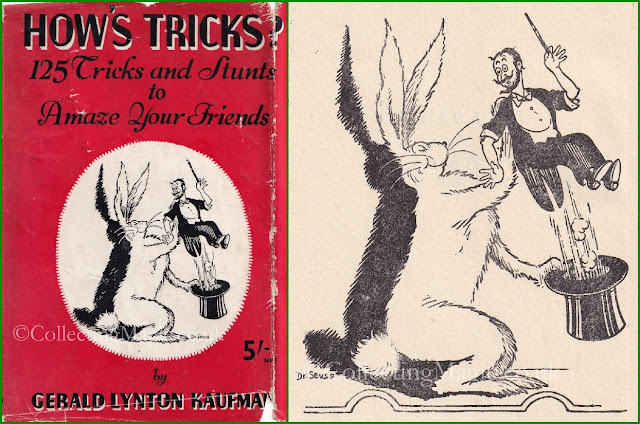 This cover, and the frontispiece, show the most characterful depiction of a rabbit producing a magician from a hat I've found. It was illustrated by Theodor Seuss Geisel, better known as Dr. Seuss. When this illustration was produced Dr. Seuss had only published a few books under his own name and was predominantly an advertising artist. He would later become one of the best-loved children's authors in America writing The Cat in the Hat and How the Grinch Stole Christmas.

The image of a rabbit pulling a magician out of a hat will also be very familiar to viewers of U.K. comedy television. Since 1986 the production company Hat Trick has used a charming animated logo designed by Richard Morrison to close their programmes, more information on which can be found here.
Posted by Philip David Treece at 07:00
Labels: Advert, Book, Ephemera, Newsprint, Programme
Newer Post Older Post Home