Here's one of the rarest items in my collection. During Chung Ling Soo's performances in the UK he would perform a trick where two vases of flowers would be produced. His assistants then handed the flowers out to the audience with small tokens showing Soo attached. Below is a cutting showing this portion of Soo's act in 1912: 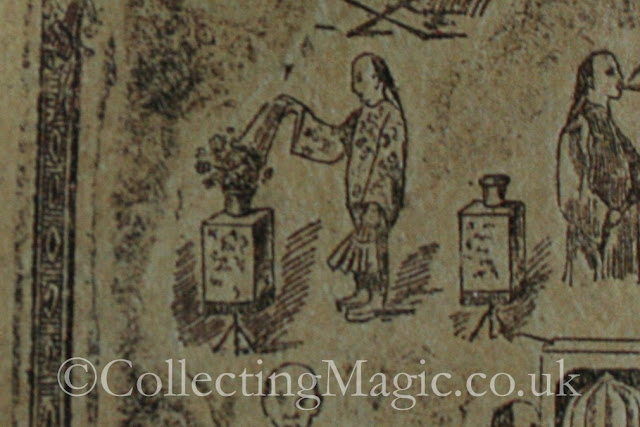 The token attached to the flowers given is shown below: 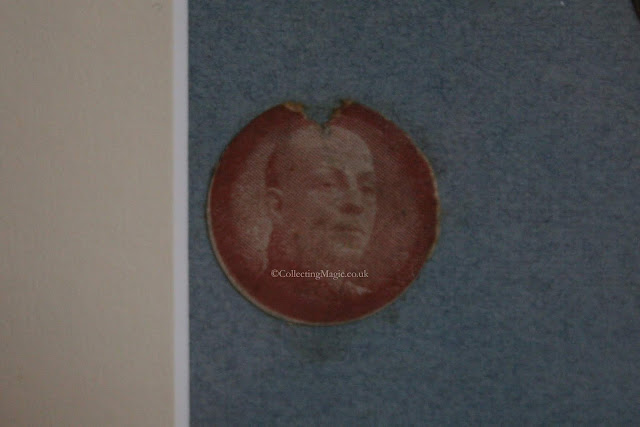 I found this as a bit of a fluke. At an antique fair in Stamford I found a Great Raymond postcard on a dealer's stall. He said he might have something else of interest and pulled out this (unframed) from behind the counter: 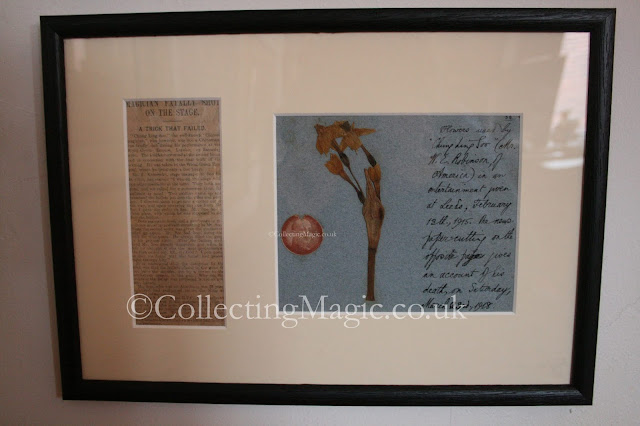 It is a page cut from someone's scrapbook detailing the presentation of this, subsequently pressed, flower at a performance in Leeds in 1915. The owner presumably held onto this and, upon reading of Soo's tragic death in 1918, inserted the item into their scrapbook along with the news cutting of his death. 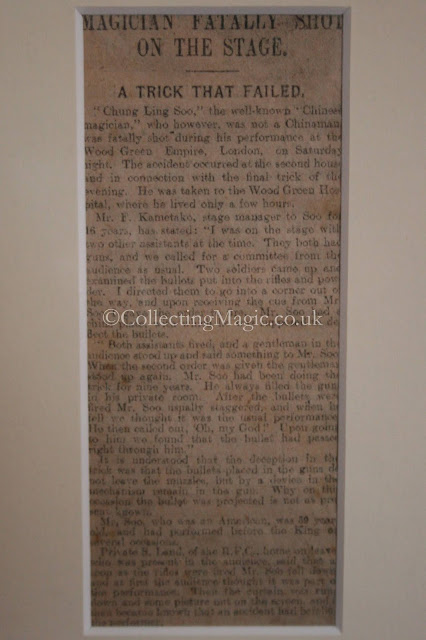 This is a particularly rare grouping that gives a striking snapshot of Soo's last few years. It was probably the best buy I've had while collecting as the dealer only asked £5 for it. I just hope he hasn't googled Chung Ling Soo's name since! There are plenty of books on Chung Ling Soo (really an American called William Ellsworth Robinson) including the recently written and superb Jim Steinmeyer book. One favourite is Val Andrew's "A Gift From The Gods", which contains superb reproductions of his posters. This is going for silly money on the internet, especially considering Davenports have got copies in stock at only £35 a pop. Will Dexter's "The Riddle of Chung Ling Soo" is also well worth a read. 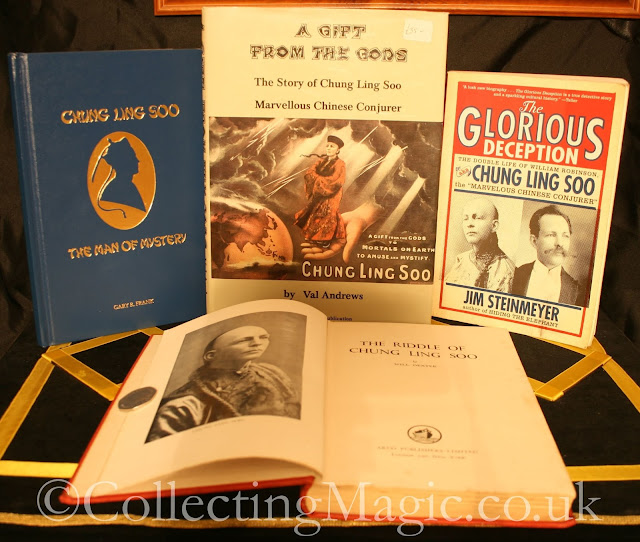