Here's a little rarity. An ebonised boxwood exchange box manufactured by Blands around 1880. A simple effect where anything that will fit in this little drawer can vanish or change into anything else that will fit. 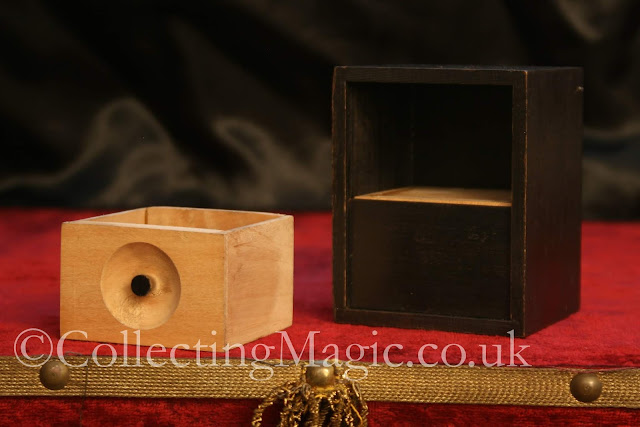 Its method is cunningly simple though rarely used. The only explanation I could find in print comes some 70 years later in Norman Hunter's text "Successful Conjuring for Amateurs". 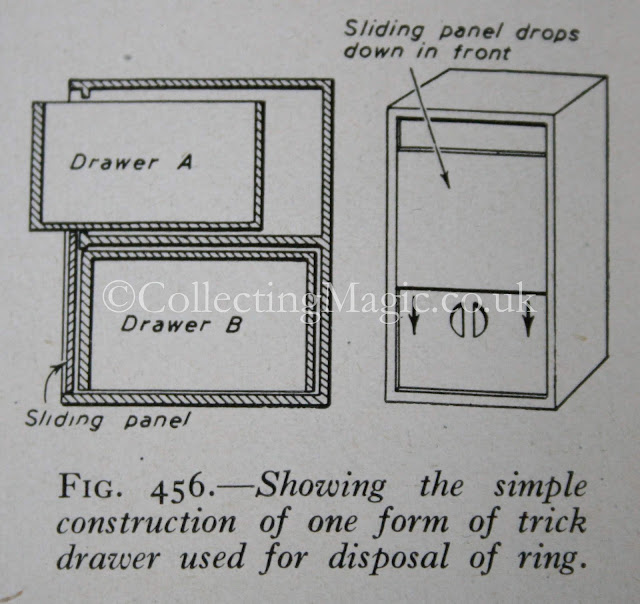 I picked this up in a large Blands magic set. The apparatus has been used by magicians for some time after manufacture as evidenced by its contents. Inside the drawer was a small, brittle, scrap of paper which was found to be ripped from an issue of "The Magician Monthly". As luck would have it the scrap included the date, so we know some lucky magician was showing this off after May 1927. 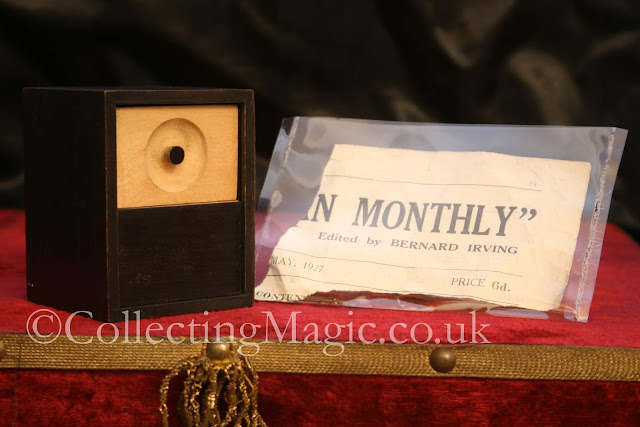 This is a very uncommon effect and the only other example of this I've been able to find was sold in a Potter and Potter auction in 2011. It is listed as an "Hamleys Egyptian Cabinet, c.1895" so presumably was sold after Hamleys purchased Blands. A photo and description can be found here under Lot 64.
Posted by Philip David Treece at 09:00
Labels: 1800's, Blands, Hamleys, Wood
Newer Post Older Post Home