Hogarth's Take on an Early Magician.

William Hogarth, the well known painter and engraver, created this lively scene in 1733. It shows Southark Fair, a bustling London street fair filled with performers, the public and excess. Hogarth painted and engraved this scene to go with one of his most famous engravings, "A Rake's Progress". There's more information on this print on the Tate's website where they have another copy of this print on loan. 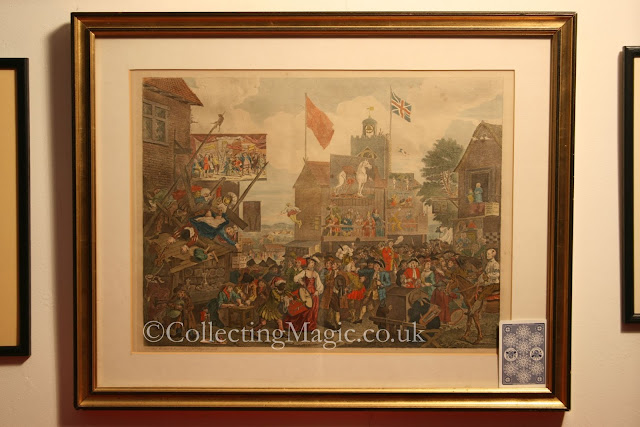 Of course it wouldn't be on here without a magic connection and to the right of the print we find one. Here is one of just a handful of depictions of Isaac Fawkes, a hugely significant magician who bought magic to the upper classes for the first time. For many years he had a booth in Southwark Fair as depicted here. 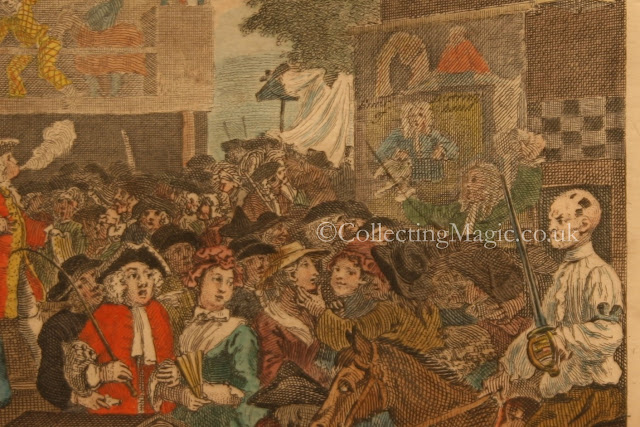 The green-jacketed man above is an exaggerated version of Fawkes ringing a bell and encouraging a crowd to gather and enter his small theatre. The banner shows Fawkes with his famous bag trick and has the caption "Fauxs Dexterity of Hand". There's plenty written on Fawkes and I'm not going to regurgitate it here. Hogarth depicted Fawkes previous to this print, in his first issued engraving "A Bad Taste of the Town", though he's not shown in this detail. There's one sticking point with Fawkes in this print however, the date. 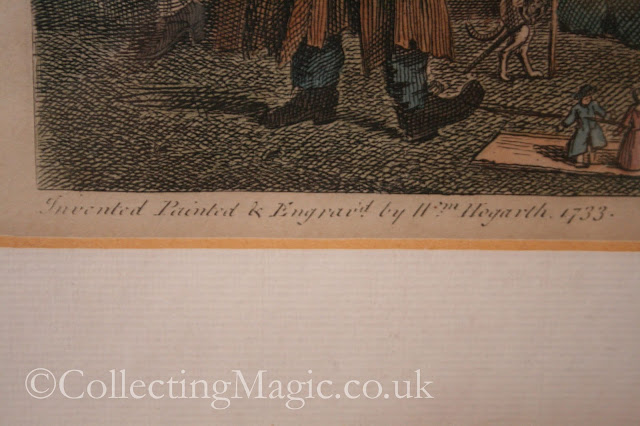 Fawkes died in his late fifties in 1772 the year before this engraving was issued. His son carried on his stall at the fair but it is widely agreed that this is a depiction of Fawkes senior from memory or sketches. The most famous and reproduced image of Fawkes originated in 1740 on a fan painting. Here's an image engraved from this by The Brothers Dalziel as published in "Memoirs of Bartholomew Fair" in 1859 (a fantastic book if you can find a copy). 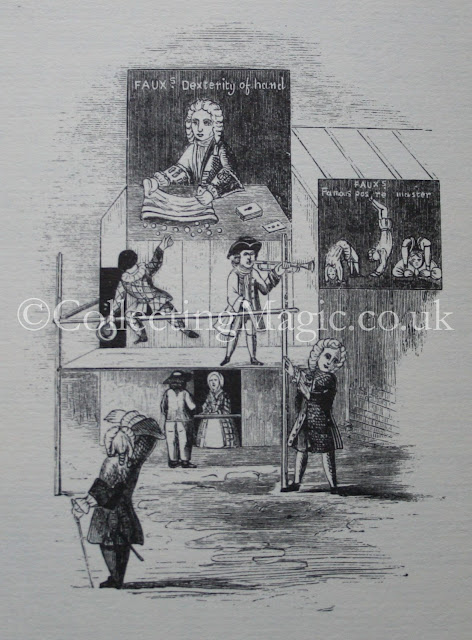 Returning to the Hogarth print, it would not have been sold coloured as it is today. At some point a talented amateur or a print workshop has coloured the print with watercolours to bring the scene to life, this could have been done as late as the 1940's. As portraits of well know magicians go this is the earliest in my collection and a real gem.
Posted by Philip David Treece at 09:00
Labels: 1700's, Painting, Print
Newer Post Older Post Home