Wonder and Snuff Boxes by Demons and Vampires.

Here's a few items used for slick silk magic. First up is the much copied Demon "Wonder Box". Below is the advert as it appeared in the 1937 Davenports catalogue. This three page advert describes at some length the various merits of the little chromed box: 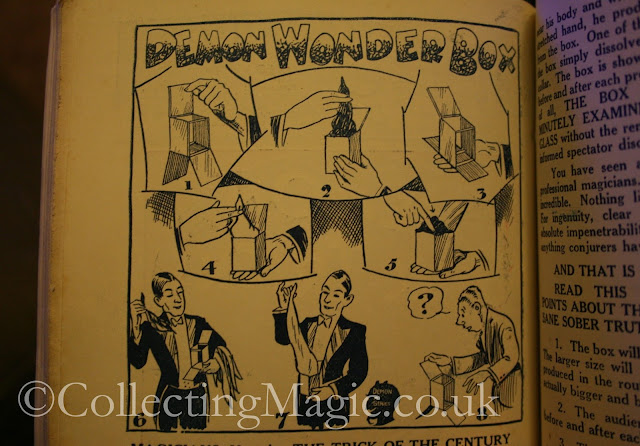 The box was originally produced in heavily chromed copper held together with fine screws (below right) and a soldered gimmick (not shown). Towards the end of the second war, for a short while, the box was just manufactured in polished copper as the materials weren't available for chrome plating (as such the copper model is rarer). 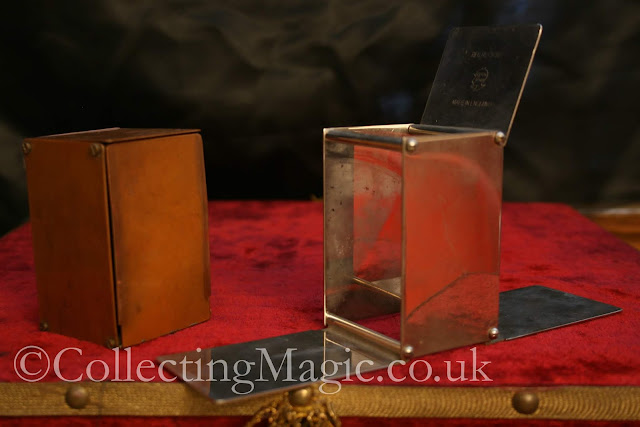 With this examinable little box silks can vanish, change and appear with the magician able to show the audience a view right through the box at any time. This popular effect found its way into many well know magicians' acts. The copper box to the left was owned and used by the Davenports before being purchased by Paul Daniels who used the box prior to selling it to myself. 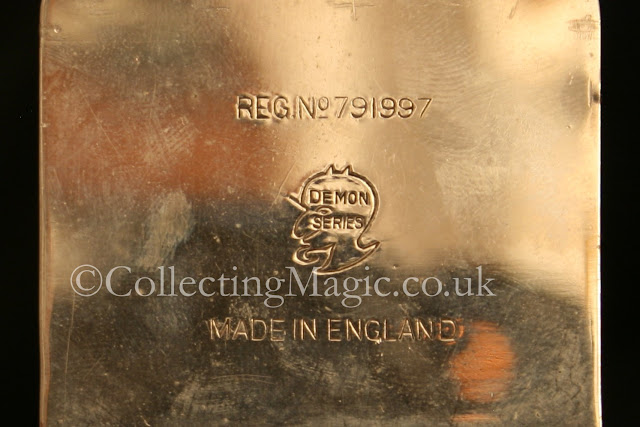 Davenports purchased the UK rights to this trick from Bartl but had there own marketing. Davenports were so proud of the box they had the design registered and this number, along with the Demon Series logo, can be found on the inside lids of their boxes. It's been in and out of production, I also have a 70's version of the box in slightly thinner metal.

The Wonder Box did suffer from cheap copies on the market, some of which are still made and sold today. Some manufacturers created equivalent tricks instead, as shown by this advert for Vampire's "Silver Snuff Box". 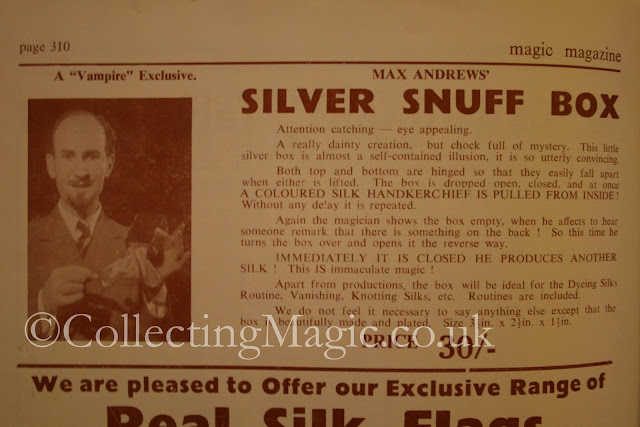 The above shows Max Andrews handling his latest product. Though the effects possible with the box are very similar to the "Demon Wonder Box" it is not examinable. The box works on the well known "Gung Ho Box" principle. 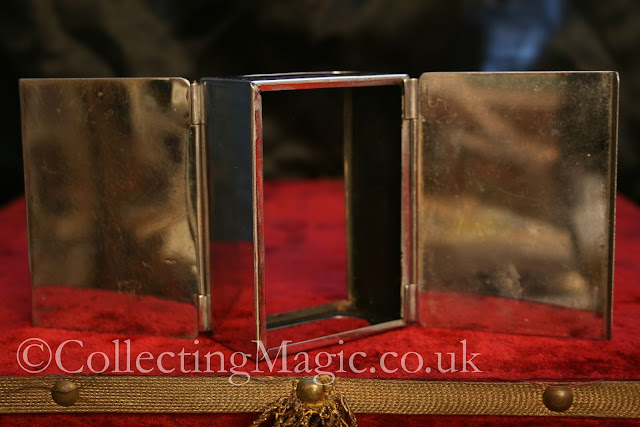 As shown, you can see through the empty box but when closed silks can be inserted into the top and come out the bottom a different colour, or appear or vanish completely. 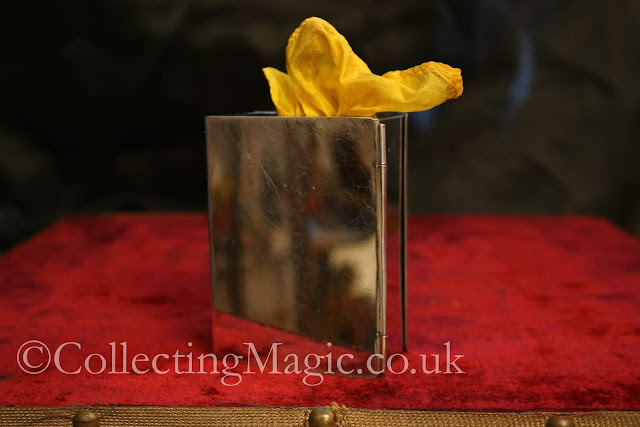 Nowhere near as successful as the Demon box this item was released in the 1950's and quickly discontinued. In many ways this is a shame as the effect is as startling as the above and arguably cleaner in handling. 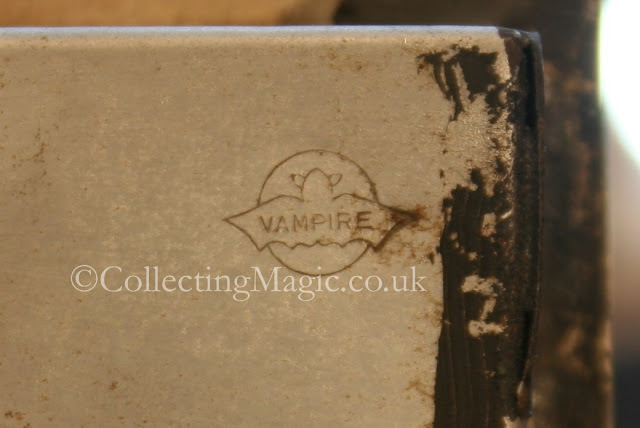 Not to be outdone by Davenports, Vampire proudly stamped the gimmick on the "Silver Snuff Box" but didn't go to the effort of registering the design (which would have been tricky anyway as the secret was already in use).
Posted by Philip David Treece at 09:00
Labels: Advert, Davenports, Metal, Silks, Stage, Vampire
Newer Post Older Post Home