The "Steel Ball Through Glass" trick was very popular from the 1930's onwards. It is one of the many tricks originally manufactured by Davenports and then copied extensively. Max Holden manufactured the effect under licence from Davenports, but Thayer and others plagiarised in the USA, as did companies here and elsewhere in Europe. 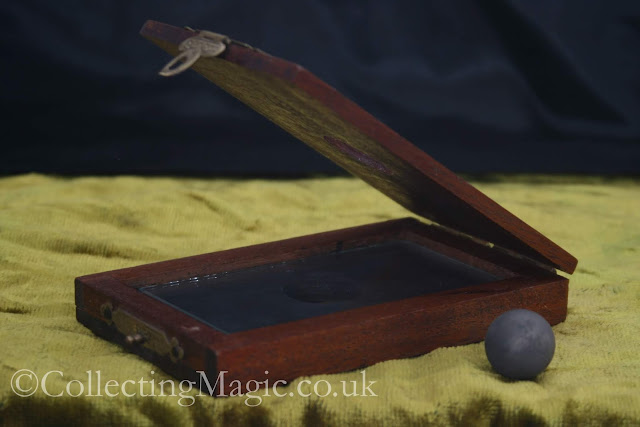 This elegant, simple, effect uses the most innocent looking apparatus. A flat hinged mahogany box with a hole drilled right through from top to bottom, a sheet of glass which fills the interior and a steel ball. With the box closed and the glass trapped inside, blocking the hole, the ball can pass through the glass from top to bottom as shown in this advert from the trick's launch around 1937. 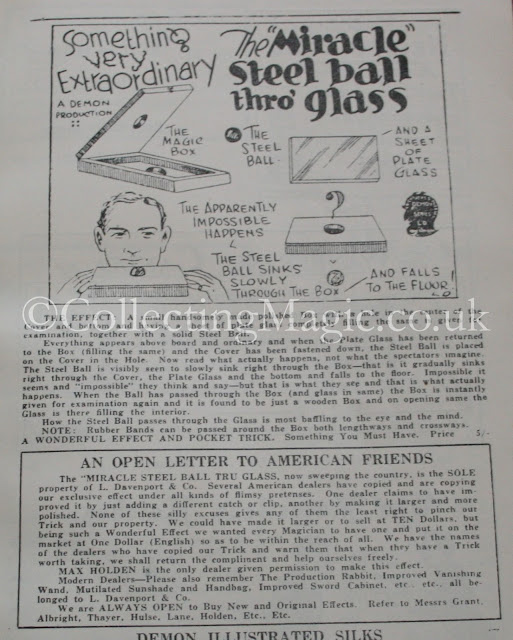 Right from the outset Davenports' advertising was attacking imitators, though this open letter could be mainly a marketing ploy. As with most of the finer Davenports props it is marked, this time with a subtle Demon head. 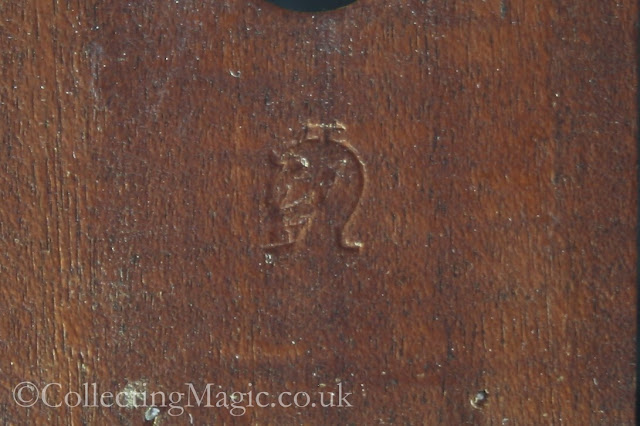 The locking mechanism is integrated into the clasp and makes the effect examinable. Close-up magic was building in popularity through this period so it's no surprise the effect took off. Of course the imitators cashed in on this and rolled out the copies. 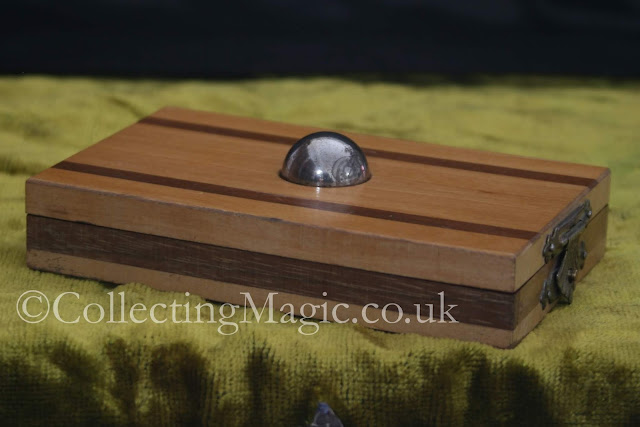 Here's a model I can't identify. It came in a large collection of 1950's equipment. I'm sure I've seen a photo of one of these in a Vampire or Unique advert, but I can't find it. Either way I guess it's been imported, maybe German. It certainly has a similar finish to German rattle boxes. 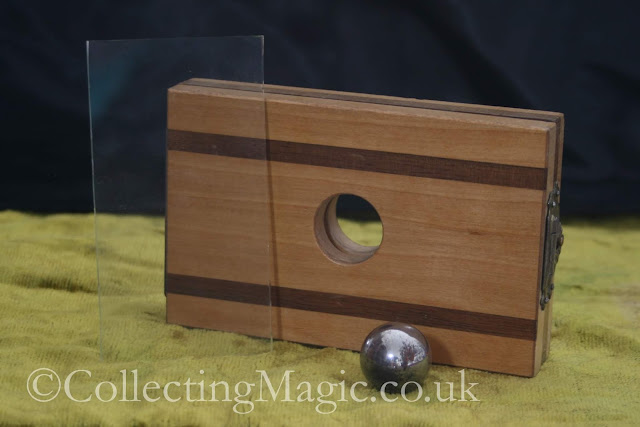 It's a beautifully made trick and it certainly matches the quality of the Demon version. If you know who made it please let me know and I'll update here.
Posted by Philip David Treece at 09:00
Labels: Advert, Davenports, What am I?, Wood
Newer Post Older Post Home