Here's a Christmas greeting from the German magician Kalanag. A politically controversial figure he toured successfully throughout Europe and America after the second war. This postcard features Kalanag and his wife Gloria with their vanishing Hillman Minx. 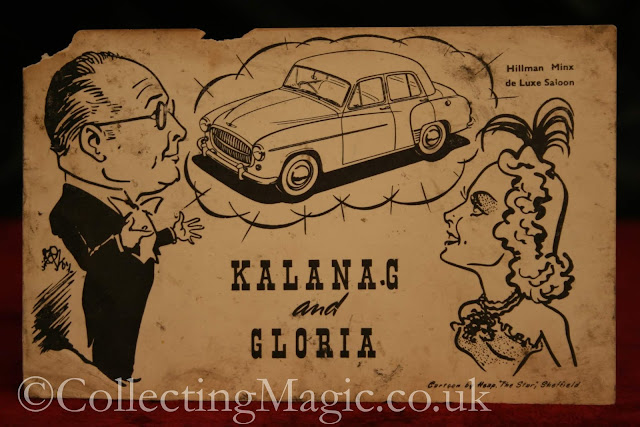 It was sent from Blackpool on 22nd of December 1954 to Albert Blackman of Hyattsville, USA. From the very little I could find on the web he could possibly have been a collector of magic magazines and ephemera. The effect featured on the front of the postcard is Kalanag's vanishing Hillman Minx, described in detail by Val Andrews in his recently reprinted biography of Kalanag. A programme featuring a picture of the magician with his car features on the back of this programme from 1952. 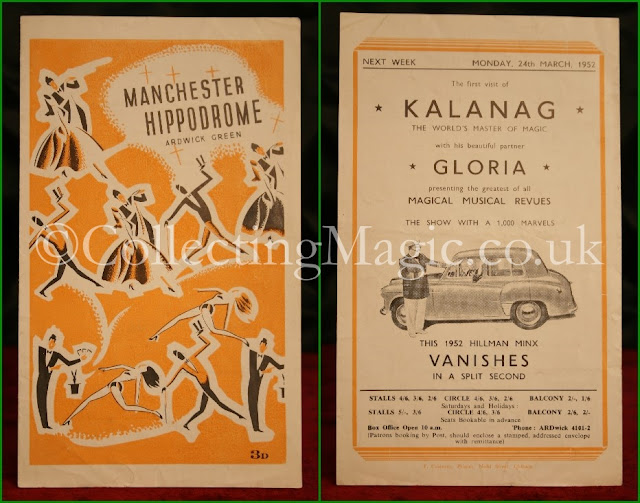 This postcard is slightly unusual as evidenced by its condition and the stamps on the reverse. The card is quite browned and singed and the bold purple stamp reads "SALVAGED MAIL AIRCRAFT CRASH PRESTWICK 25-12-54". The stamp is presumably there to explain to the recipient the delay in arrival. 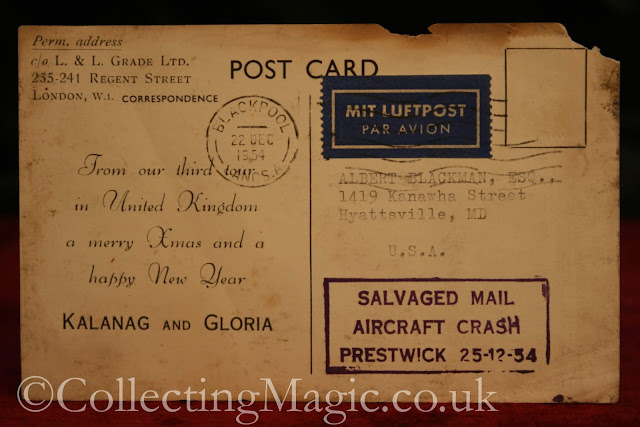 The plane, a BOAC Boeing 377 Stratocruiser landed short of the runway and crashed at Prestwick Airport, Scotland on Christmas day 1954. 26 people on board were killed and much of the cargo, mainly post, was damaged or lost. There was a large salvage operation during which this postcard (and lots of other mail, £900 000 worth of diamonds, etc.) were recovered. In all a strange and sombre relic of Kalanag's career.
Posted by Philip David Treece at 09:00
Labels: Ephemera, Germany, Kalanag, Postcard, Programme
Newer Post Older Post Home