Coins in Nests of Boxes.

In this bumper post I'm going to detail some of the nests of boxes in my collection. A classic of magic, this trick consists of a spectator providing a coin to the magician which is vanished by the conjurer's preferred method. The magician then shows a box in which is found another box, and another and so on until the final box is opened and shown to contain the spectator's coin. 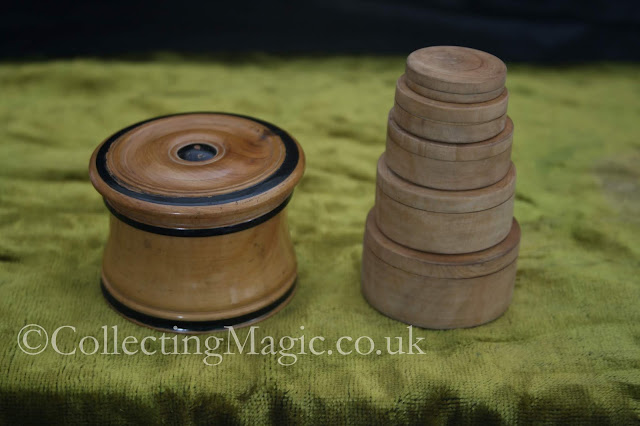 Above and below are the two earliest examples I have, both from Blands magic sets. They are remarkably fine containers made of boxwood with a decorative large box to contain the smaller boxes. The precision is staggering and they still work perfectly today. The smallest box can only just hold a modern penny. 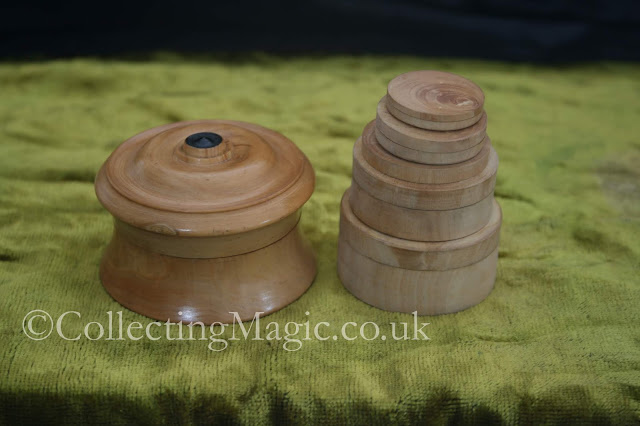 Jumping ahead some seventy years here is a painted tin model sold in the fifties. A cheap but still persuasive effect these would have been held shut with the aid of elastic bands around each box. The coin would be introduced with the aid of a slide and could be produced loaded from a jacket pocket quite smoothly. 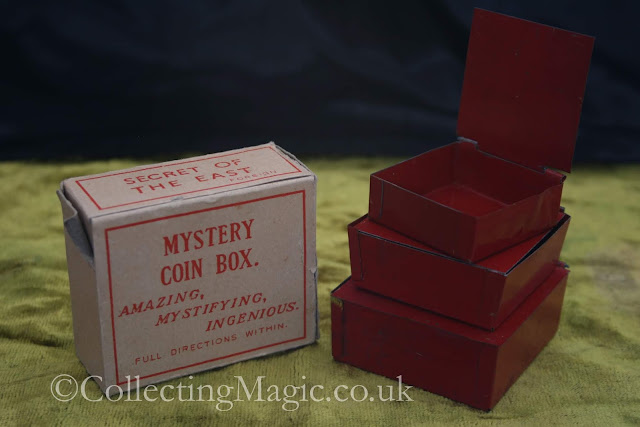 Ellisdons put out a simple cardboard model with a little bag in the centre. Manufactured in large quantities these were sold by mail order in the backs of comics as well as through magic and novelty shops. More information on Ellisdons can be found here. 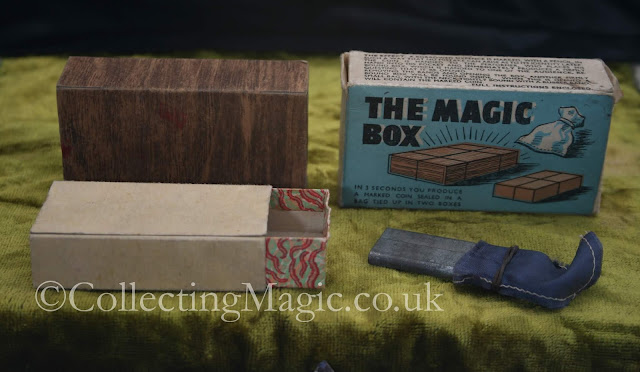 Here's another nest of boxes, this time manufactured by Davenports. Early on, Davenports sold wooden nests similar to the Blands models above, but come the dawning of plastics they soon advertised their new model: 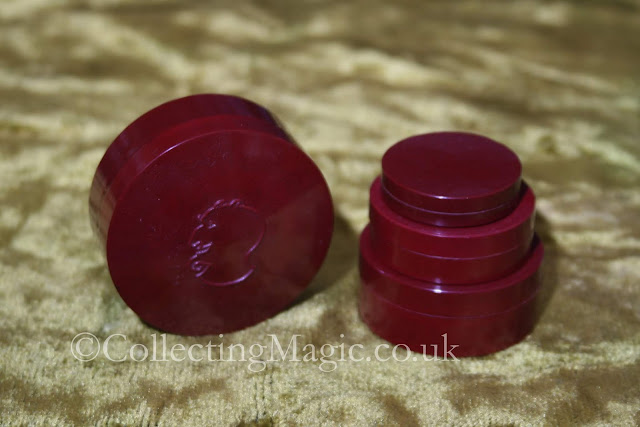 You could purchase the set with or without rattle boxes. One of these rattle boxes will be included in a future post. The plastic boxes were branded with the Demon Head trademark as were other Bakelite products such as their coin plate. 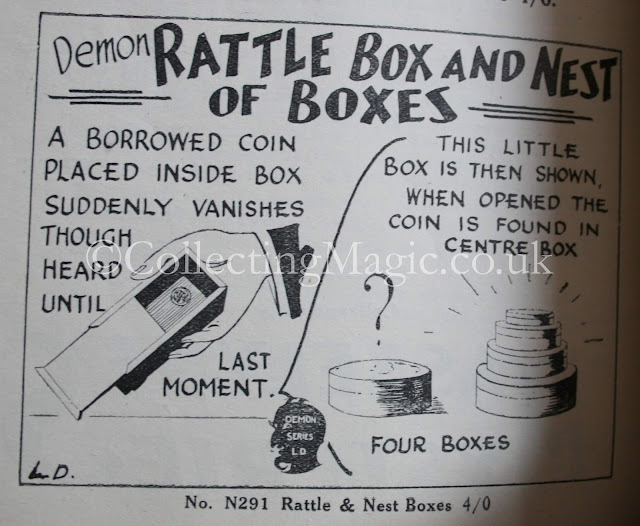 These small boxes were introduced in the late thirties and were joined by a similar effect. Not strictly a nest of boxes, the "J.C. Miracle Coin Trick" is a pair of small plates bound together by tight elastic bands. The spectator's coin is found between these plates within a ball of wool as described in the advert below. 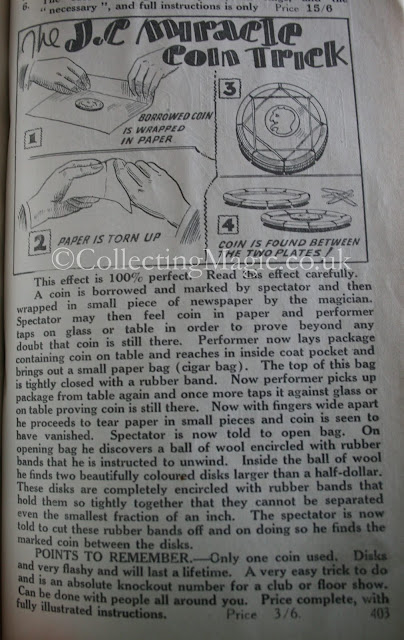 The advert boasts that the discs will last a lifetime, and sure enough here they are with the slide as they would have looked when new. 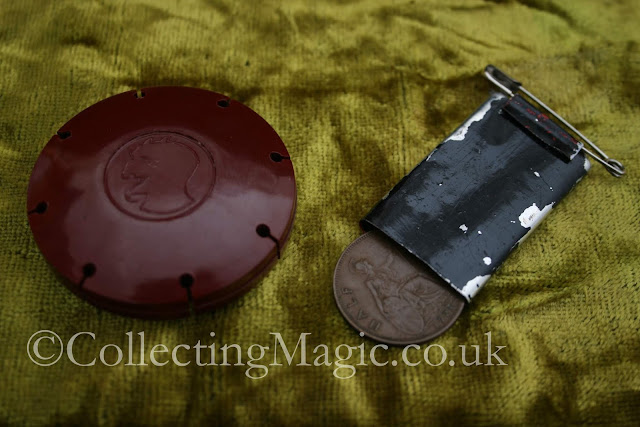 More showy than a nest of boxes, but with much more preparation required, this isn't an effect you see very often now. I don't believe any one's manufacturing quality versions of this effect today but very cheap models can be found, such as this.
Posted by Philip David Treece at 09:00
Labels: 1800's, Advert, Blands, Coins, Davenports, Ellisdons, Metal, Packaging, Plastic, Wood
Newer Post Older Post Home