Here's a fun trio of ink blot practical jokes. Not magic tricks, but these were sold by most magic shops and jokes are still a big part of bricks and mortar magic shops today. 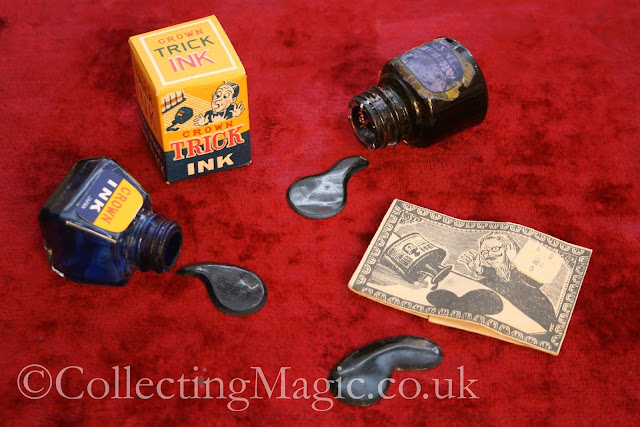 In the joke's simplest form you'd have to provide an ink bottle and you'd buy the painted tin trick in a folded piece of paper. This example below is typical of the type of German novelty sold by many magic shops around the turn of the last century. The advert for it below is from an early Davenports flyer. 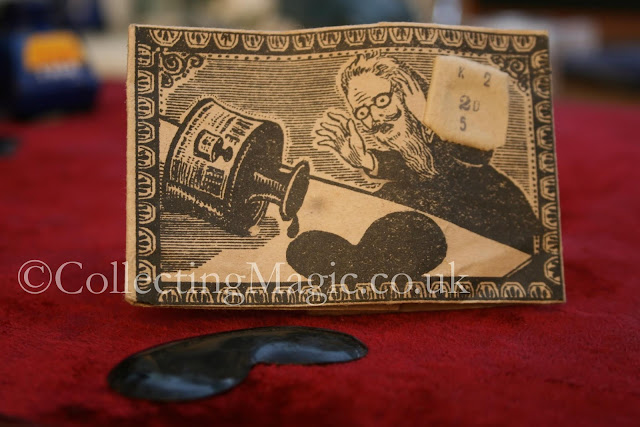 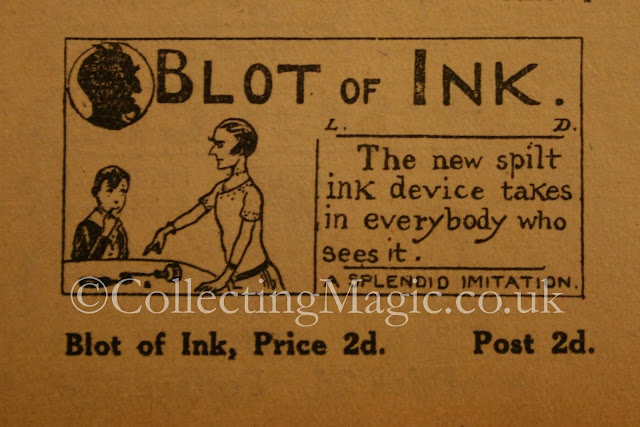 The joke could also be purchased around this time with a dummy ink bottle as in the below example. I'm not sure of the manufacturer but it could be British or German and it could be any date from 1890 to 1950. 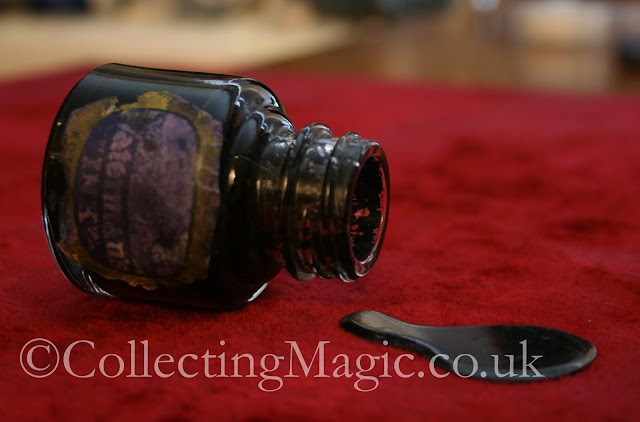 The trick continued to be popular into the century as shown by this Japanese example manufactured by Crown. It's interesting as the ink bottle itself is specially moulded to make the lip of the bottle almost touch the table when on its side. The bottle also has the Crown logo moulded into the side (or bottom, depending on how you see it). The effect is slightly lessened by the stamped "Japan" on the blot itself and the sharper angles on the edges of the blot. 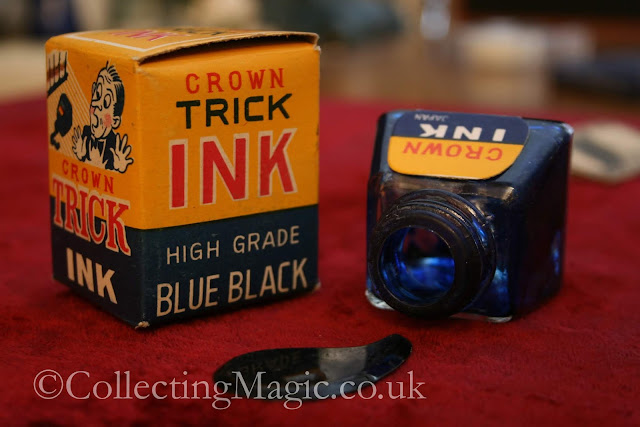 Considering how ink bottles have almost fallen out of use it's surprising how this joke has survived. Cheap versions can be bought today in novelty shops if you want to give someone a shock! In fact I picked up two recently in The Works. 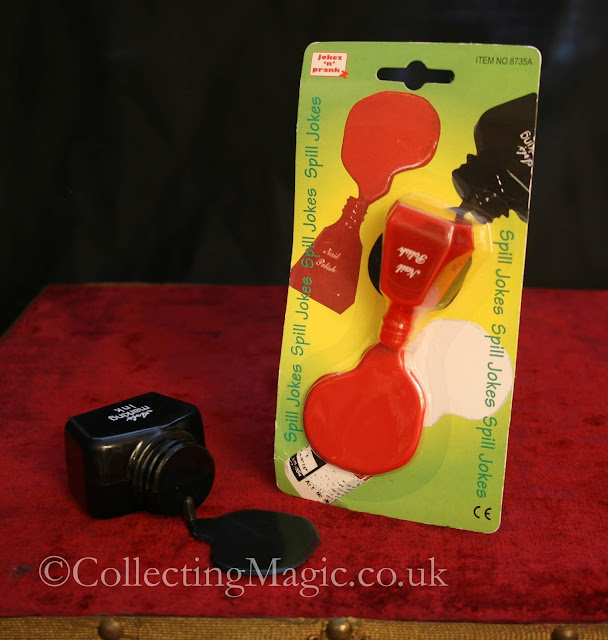 It's still a persuasive trick and it's nice to see the effect has been updated with nail varnish and Tipp-Ex.